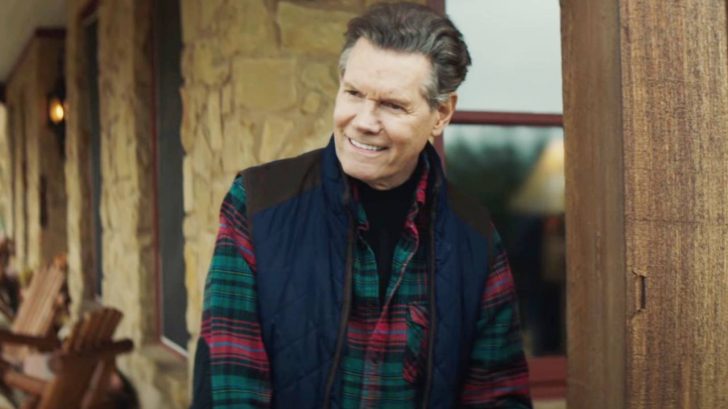 On November 3rd, Randy Travis announced that he would be releasing a Deluxe Edition of his 1989 album An Old Time Christmas, which is certified Gold. The Deluxe Album features the ten original tracks, plus three never-before-released songs and was released on November 19.

The ten original tracks were remastered and the three songs “from the vault” are “White Christmas,” “Little Toy Trains,” and “There’s A New Kid In Town,” which features newcomer Drew Parker. The pair also released a music video, which Travis said was his “first in many years.”

Digging through his YouTube catalog, the last music video he released was for a song off his 2014 album Influence Vol. 2: The Man I Am,  titled “That’s The Way Love Goes.,” though he did not appear in the video.

He also released music videos for two other songs on the album, “Only Daddy That’ll Walk The Line” and “Don’t Worry ‘Bout Me.” Travis did not appear in either of these videos either, likely because they were released after he had his stroke in 2013.

The last official music video that Travis himself appeared in, according to his YouTube catalog was 2011’s “Everything And All,” which you can view here.

Travis and Parker both teased the video in the days leading up to its release on Wednesday, December 1st.

The video begins with Randy’s signature baritone voice singing the Christmas song while Parker drives on to what seems to be Randy Travis’s property. Throughout the video, Parker and Travis enjoy coffee and nice conversation on the porch, as well as in different rooms in Travis’s house, which is perfectly decorated for the holiday.

Drew sets up a nativity scene on the property and the video ends with Randy and Drew coming upon Randy’s wife Mary, standing with two other women, one of which puts her baby in the manger to complete the nativity scene, perfectly fitting for the last lyrics of the song,

Watch the full music video below.