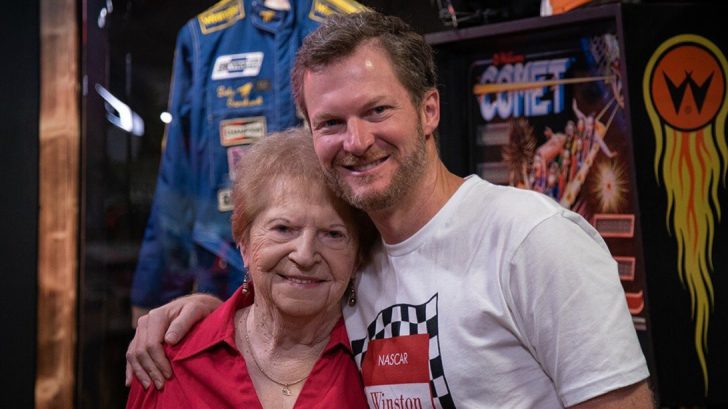 The Earnhardt family is grieving the death of their matriarch, Martha, who died on Christmas day at the age of 91. Two of Martha’s grandchildren, Kelley Earnhardt Miller and Dale Earnhardt Jr., confirmed her death on social media in a statement released Sunday morning (December 26).

“It is with great sadness that we share the news that Martha Earnhardt passed away Christmas evening. As we grieve her loss and begin to imagine life without our beloved ‘Mamaw’, we find solace in knowing she is at peace in eternal glory and in joyous reunion with her husband Ralph and sons Dale, Randy and Danny. Please keep our family in your thoughts and prayers, and thank you so much for loving our Mamaw as if she were your own. She was not just the matriarch to our family, but she was the matriarch to multiple generations of race fans.”

Martha Earnhardt’s death comes roughly two weeks after the death of her youngest son, Danny, who died on December 11 at the age of 66.

In 1947, Martha married Ralph Earnhardt and the two were married until he died of a heart attack in 1973 at age 45. The couple shared five children – Kaye, Cathy, Dale, Randy and Danny. Dale followed in his father’s footsteps and pursued a NASCAR career, going on to become one of only three seven-time NASCAR Cup Series Champions.

Known as “Mammaw” to her grandchildren, Martha was not only a beloved member of her family, but a loved member of the NASCAR community. In a 2014 interview with USA Today, granddaughter Kelley Earnhardt Miller said that Martha made connections with race fans and considered it therapeutic.

“If you tell her you are the biggest Dale Earnhardt fan ever, she will let you in and sit on the couch, and she will share stories with you for as long as you’ll listen. And she’s always been that way. I can think of fans she now considers friends that come down from Canada and different places in the United States that always stop by to visit her and have for years,” Earnhardt Miller said.

On Mother’s Day in 2000, Martha Earnhardt told the Charlotte Observer that the key to raising a good family is “to have a good Christian home. Teach them morals and always be there for them.”

In 2019, Martha Earnhardt appeared as a guest on her grandson, Dale Earnhardt Jr.’s podcast where they talked about family memories, the birth of Dale Sr., and much more. Watch the special interview in the clip below.