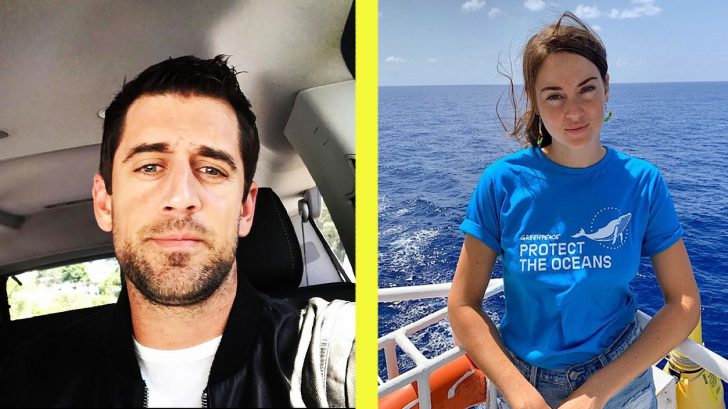 Green Bay Packers quarterback Aaron Rodgers, and Big Little Lies star, Shailene Woodley have started a long-distance, dating relationship. While for the most part, the couple has kept private about their romance, the relationship was recently confirmed by E! News.

Rodgers has pretty much stayed in Green Bay, Wisconsin, during football season which came to an end for him on January  24, 2020, when the Packers lost to the Buccaneers in the NFC Championship Game.

Rodgers previously dated former race car driver Danica Patrick, for two years until July of 2020. Prior to that relationship, Rodgers dated actress Olivia Munn for three years until they split in 2017.

Woodley, has been on set in Montreal filming a crime movie called Misanthrope. Rodgers marks her first official relationship since her split with rugby player Ben Volavola back in April 2020.

In September of 2020, Rodgers appeared on the Pat McAfee Show and casually mentioned his “new and increased love of life.” He kept the conversation vague and didn’t mention Woodley by name but he did say, “I’ve made decisions and changes and habits that put me in a lot better headspace and there’s just a lot of things that have come together in my life over the last few months that have really been enjoyable.”

Congrats to the new couple!

Watch the video below to hear the entire interview.

Why is @AaronRodgers12 having so much fun?