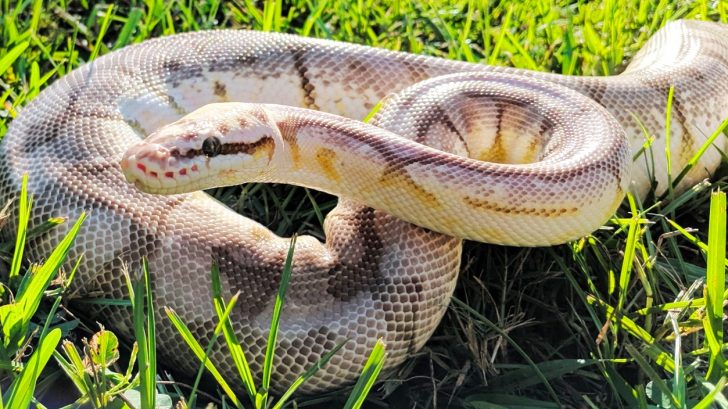 If you have ophidiophobia, stay away from Fond du Lac High School in Fond du Lac, Wisconsin.

Ophidiophobia is the fear of snakes.

Students returned back to their high school from summer break with a warning: be on the lookout for a python.

A biology teacher, who remains unnamed, brought her 3-foot-long ball python to work with her over the weekend, which she was done in the past. Her snake, named Kai, accompanies her to class so students can see the ball python’s defense mechanism of rolling into a ball, hence its name.

But, over the weekend, Kai managed to slither out of its cage and up into the vents.

“We think he just decided to bump the top of his cage off. Either that or the teacher said she was in a hurry to leave that day and she maybe had bumped the desk that it had been on and it jarred the lid a little bit,” Principal Matthew Steinbarth tells PEOPLE. “The snake had just come in from being gone all summer, so he was a little bit more curious about what was going on in the new surroundings, so he wasn’t his normal, docile self.”

Unfortunately, Kai has yet to be found.

Steinbarth told PEOPLE, “Kai the python has not been found yet. We do know that he went up into one of the science [ducts] that is used for ventilation when they’re working with chemicals or paints or anything with fumes.”

Although ball pythons are typically gentle creatures and it poses no real threat to any students, it’s still kind of scary that a snake is missing inside the school!