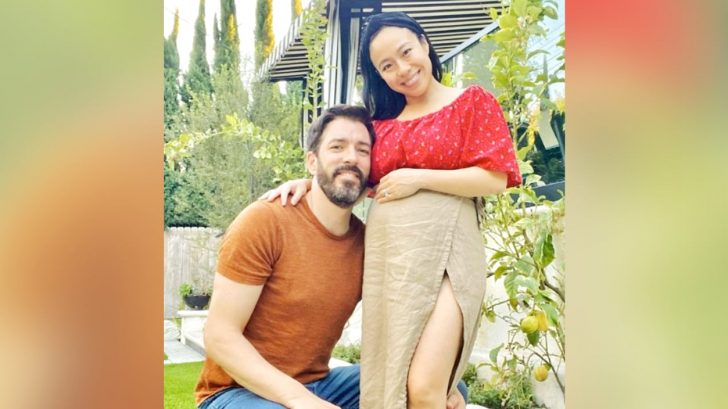 Most people know Drew Scott and his brother, Jonathan, from their popular HGTV series Property Brothers. But the twin brothers are also country music singers!

Drew and Jonathan have released a few country songs as The Scott Brothers. Their 2016 song “Hold On” reached the 38th spot on the Hot Country Songs chart.

Two years later, Drew released a solo song titled “You Chose Me.” He surprised his now-wife Linda Phan by sharing the song with her on their wedding day.

In December 2021, Drew and Linda revealed they were expecting their first child. They shared that Linda was due to give birth in May 2022.

“It has been an adventure to get here!” Drew and Linda said in a joint statement.”We know we’re not alone in this experience and that everyone’s is filled with unique challenges along the way…We hope as we grow through this, that even one of you reading this can also feel a little less lonely in whatever path you’re on!”

May came and went, and Drew and Linda didn’t say anything about their baby’s arrival. Finally, the couple had some happy news to share on a recent episode of their At Home podcast.

Linda gave birth to a baby boy, who she and Drew named Parker James Scott. He was born nearly a month ago, on May 4! The date is extra special for Drew and Linda, since it’s also their wedding anniversary.

Drew said life as a new father has been “amazing.”

Drew and Linda also announced Parker’s birth on social media. They shared two photos along with their announcement, though the pictures don’t clearly show Parker’s face.

“Our lives are forever changed…Welcome to the world Parker James,” Drew captioned the photos, which you can see below.

Congratulations to Drew and Linda on their new addition!