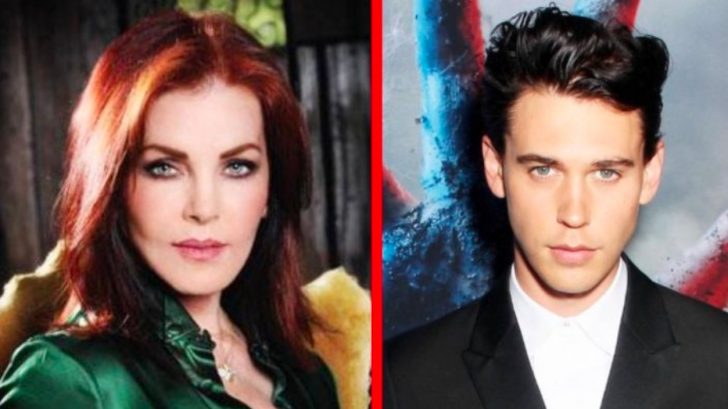 Over the summer, famed director Baz Luhrman announced who he cast as the late Elvis Presley in his upcoming movie, also starring Tom Hanks as Elvis’ manager Colonel Tom Parker.

Many famous names were up for the role including Harry Styles, Ansel Elgort, Austin Butler, and Miles Teller, but only one man was deemed right for the job. That man is Austin Butler. Luhrmann confirmed the casting with a simple tweet, posting a photo of Presley and Butler side by side.

Lots of fans have chimed in, revealing their thoughts on the casting – even some saying they didn’t know who he was, but he’s been an actor for many years and has some pretty impressive roles on his resume as of late.

Austin made his Broadway debut in 2018 opposite Denzel Washington in The Iceman Cometh, appears in the Quentin Tarantino film Once Upon a Time In Hollywood, and can currently be seen in the film The Dead Don’t Die.

One person who everyone was dying to hear from after Baz’s announcement, is Elvis’ ex-wife Priscilla Presley.

Radar Online asked Priscilla if she thinks Austin is the best man for the job. She said, “I don’t know.”

What she does know, though, is who she’d like to play her – singer Lana Del Rey, who has actually been campaigning for the role online.

“Lana feels it’s a role she was born to play,” a source said, Radar reports. “She’s has her agent badgering Baz for months now, hoping to get her cast.”

“I like Lana a lot,” Priscilla told Radar Online.

Even though Priscilla is unsure of the casting of Elvis, Baz sure is.

“I knew I couldn’t make this film if the casting wasn’t absolutely right, the director said. “we searched thoroughly for an actor with the ability to evoke the singular natural movement and vocal qualities of this peerless star, but also the inner vulnerability of the artist.”

What do you think about the casting of Elvis Presley? Let us know in the comments!