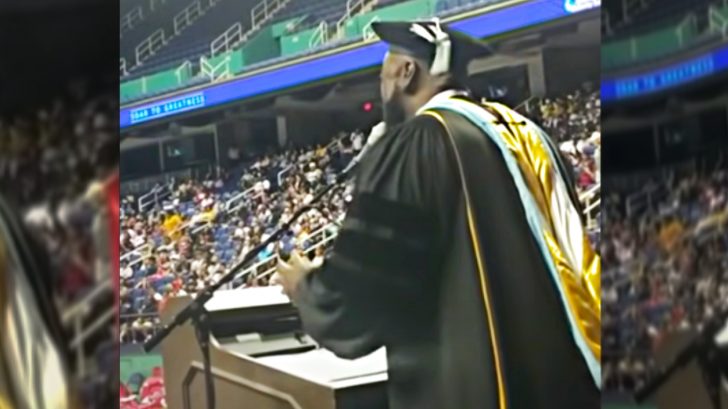 In-person graduations are back, and despite a rough year, one principal wanted to share his admiration for the graduating seniors with a special performance.

Marcus Gause, principal at T. Wingate Andrews High School in High Point, North Carolina, wanted to give his students a send-off they would never forget. During the school’s graduation ceremony, the principal gave an A cappella rendition of the song, “I Will Always Love You.” During the principal’s performance, the audience clapped and cheered in surprise.

In an interview with ABC News, Gause opened up about the performance. While Gause’s song choice has received positive feedback, the principal admitted that he was very nervous. Gause knew that channeling Whitney Houston and Dolly Parton would not be a simple task; however, the song’s lyrics spoke to him. The song was everything that he wanted to convey to his graduates. Gause confessed:

“There’s a nervousness because no one sings behind Whitney Houston and the greats like Dolly Parton, but the lyrics were really what I was trying to portray to my students… one of the things the pandemic really has taught us is that we need more love, that students know that we love and care for them.”

See the full performance below.