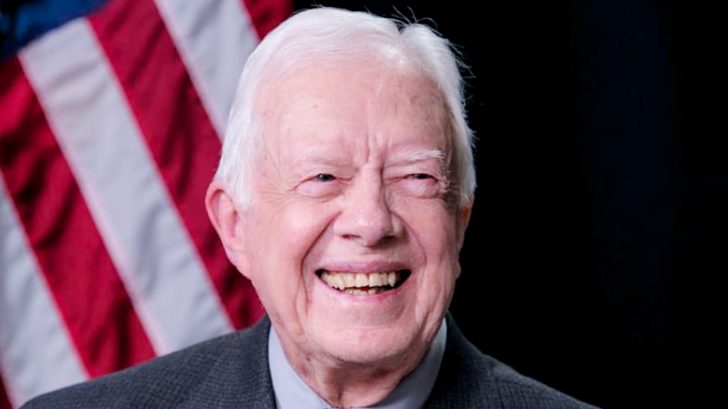 Former U.S. President Jimmy Carter just suffered his third fall this year, and has been hospitalized, according to a statement issued by The Cater Center.

The not-for-profit organization was founded by President Carter in 1982. The Center made the public aware of President Carter’s most recent fall through a tweet posted on Tuesday (October 22) to its official Twitter page.

“Former U.S. President Jimmy Carter had a fall yesterday evening at his home in Plains, Ga.” read the tweet.

The statement went on to indicate that President Carter had been admitted to Phoebe Sumter Medical Center “for observation and treatment of a minor pelvic fracture.”

Former U.S. President Jimmy Carter had a fall yesterday evening at his home in Plains, Ga. He has been admitted to Phoebe Sumter Medical Center for observation and treatment of a minor pelvic fracture. He is in good spirits and is looking forward to recovering at home.

Despite this most recent health setback, the Center says that President Carter “is in good spirits.”

As mentioned previously, this is the third fall that President Carter has suffered this year.

On October 6, he fell at his home and required 14 stitches above his brow. He had just turned 95 five days prior, making him the longest-living U.S. President in history.

Statement from The Carter Center on Jimmy Carter’s Health pic.twitter.com/Awhs6pdbGw

Prior to that early October fall, President Carter fell in May while heading out on a turkey hunt. He suffered a broken hip, and required surgery.

But despite the many setbacks he has experienced in recent months, President Carter has remained devoted to causes he is passionate about.

You can watch a report about the Carters’ recent work with Habitat for Humanity below.

We’ll be praying for President Carter’s quick and complete recovery.