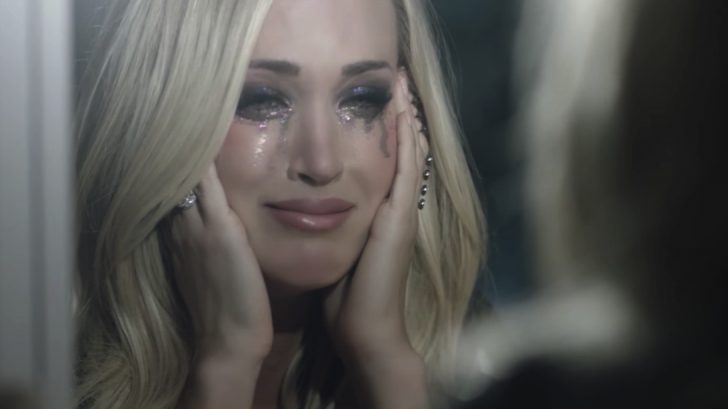 The wait is over! Carrie Underwood’s highly anticipated video for her new single, “Cry Pretty,” is here and it’s every bit as emotional as we expected it to be.

“Cry Pretty” is the first single released by Underwood since a terrifying fall outside of her home in November left her with severe injuries and threw a wrench in her career plans. But, Carrie didn’t stay down for long. In early April, the American Idol alum made a triumphant return to the spotlight when she appeared at the ACM Awards to perform the new song that is also the title track of her upcoming album scheduled to be released in September.

In the days following her ACM Awards performance, Carrie revealed the details surrounding her accident and the emotional toll that it took on her.

“The title refers to when emotions take over and you just can’t hold them back,” Underwood shared in a note to fans. “It really speaks to a lot of things that have happened in the past year and I hope when you hear it, you can relate those feelings to those times in your life. It’s emotional. It’s real. And it ROCKS!”

In true Carrie Underwood fashion, she saved the world premiere of the music video for “Cry Pretty” for an epic stage….the very stage that made her a star in 2005. During Sunday night’s episode of American Idol, Carrie’s fans got to see the music video for the first time and nothing could have prepared us for the emotions we felt while watching.

“Cry Pretty” is an emotional tune on its own, but set to footage of a crying Carrie Underwood, it was like hearing the song for the first time.

It was also announced Sunday night that this season’s American Idol Top 5 will be traveling to Nashville where they will be mentored by Carrie next week! Carrie will also perform “Cry Pretty” live during next Sunday’s episode.

Get out your Kleenex and watch Carrie Underwood’s video for “Cry Pretty” below.