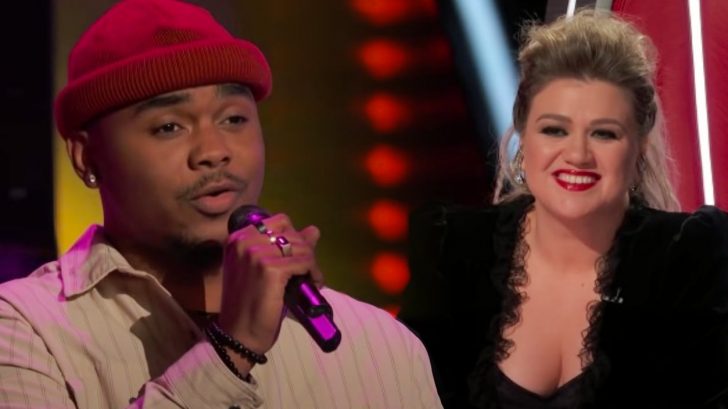 Ever since the newest version of A Star Is Born was released in 2018, singers have loved covering its standout song, “Shallow.” The song has been performed so many times at this point, that anyone who covers it has to make it their own if they want to stand out.

That’s exactly what Deion Warren did when he auditioned for Season 20 of The Voice. The preacher’s son put his own spin on the song, opting to give it a more subdued and soulful vibe.

By the time he finished singing, Warren had three coaches to chose from: Nick Jonas, John Legend, and Kelly Clarkson. Blake Shelton didn’t turn his chair only because he had promised to keep a “lane” open for another artist he already welcomed onto his team. Since Warren couldn’t pick him, Shelton threw his support behind Jonas.

Jonas addressed Warren first, and said he felt compelled to be his coach. He told Warren he thinks he could make it all the way on the show. “I believe you and I can take this thing to the end of the competition, all the way to the finale,” he said.

Clarkson echoed Jonas’ words, saying, “I do think you can get to the finale.”

“It was a little different than I was expecting,” she said. “I’ve heard a lot of singers cover it, and they’re doing it more to show off their range, instead of doing it for the reason that the song was probably written and the message behind it. And it felt like you were the perfect vessel for the message and the moment, and that is my favorite kind of singer.”

Tune in to the clip below to see just how “different” Warren’s version of “Shallow” was.

In the end, Warren chose Legend as his coach. After securing Warren for his team, Legend said, “What I love most about Deion is that passion he sings with, the energy sings with, and that appreciation for soul that you can tell is infused in everything he does, musically.”

You can certainly feel that passion when you watch Warren’s blind audition!