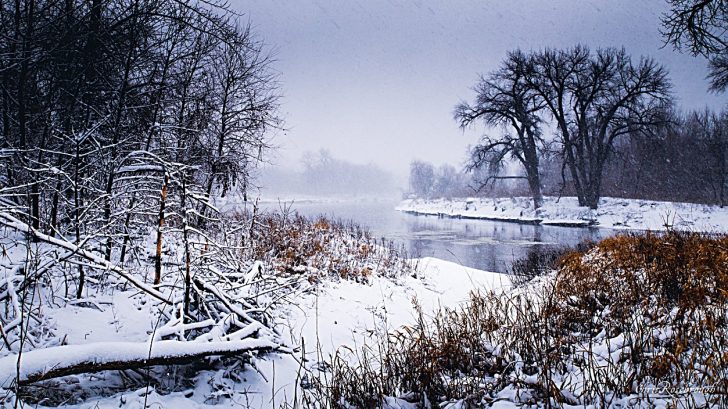 According to the Daily Mail, right after Thanksgiving, a brutal winter storm started rolling in that has already killed 7 people. The storm is expected to drop over 2 feet of snow on 125 million Americans through Tuesday (Dec 3rd).

Winter Storm Ezekiel is making a mess for your drive home – and your trip to work or school tomorrow won't be much easier. We have live coverage on The Weather Channel all evening. I'll see you from 5-9p ☃️

Over the holiday weekend alone 100 flights were delayed traveling in or out or within the United States. Storm alerts have been sent out to 15 states informing them to brace themselves for the Winter Storm Ezekiel coming.

On Saturday in Missouri, a five-year-old boy, an eight-year-old boy, and an older man drowned after getting caught in a flooded road that swept them into a freezing river.

In Arizona, another truck was swept into a river that was holding a family of nine. Rescue workers were able to save four of the children and two of the adults but before they could rescue the rest of the children the river took them away and their bodies were found on Saturday.

Posted by The Weather Channel on Monday, November 25, 2019

Bundle Up & Brace Yourself For The Storm

In Utah, a six-year-old boy was riding with his father on a snowplow when he fell off and fatally hit his head . Authorities investigated the scene and found that the icy roads were the official cause and did not blame the father for the boy’s death.

Unfortunately, so many more stories like these have been reported just over the past few days. If you’re in one of the areas that the storm plans to hit just make sure you take all the necessary precautions to stay safe.