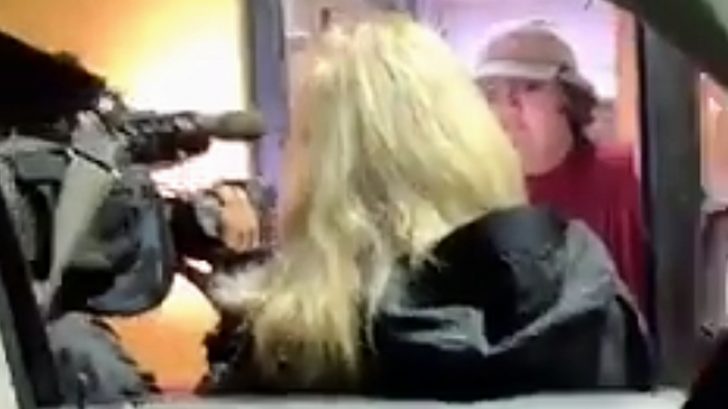 On November 3rd Popeyes fast-food restaurant brought back its famous chicken sandwich and permanently added it to the menu. Ever since then, people have been going crazy about it and fights have even broken out over it.

Are you in on the fight about the new Popeyes chicken sandwich… Have you had one? Which is better Popeyes or Chick FIl A?

People wait in lines for up to an hour for the sandwich, videos have been filmed showing drive-through lines stretching half a mile and one person was even killed over the sandwich for cutting in line to get their hands on one.

Recently though, a local TV news reporter wanting to cover the hype pulled up to the Popeyes drive-through window and interviewed a worker about the popular menu item. The crew was shocked with laughter to hear his response when the reporter asked him what he thought about the chicken sandwich.

With the camera pointed straight at the employee he said, “I love it, it’s good. I ain’t gonna say it’s better than Chick-fil-A though.”

No loyalty in the chicken sandwich game anymore (via ig:noah_kennedy8) pic.twitter.com/vcGB9OXmHp

The Video Goes Viral Within Hours

The crew busted out laughing in disbelief at what they just heard, knowing this was going to go viral if it ever got out, which it did. Barstools Sports posted the video to Twitter the morning of Nov 6th at 6am and since then it’s already received over 300 thousand views.

Now the question on everybody’s mind is… what is Popeyes going to do when they see this video? Are they going to fire the employee for not being loyal to the company? And if they do will Chick-fil-A hire him for supporting their establishment? All good questions we’re waiting to hear answers from. Stay tuned.

Popeyes VS Chick-fil-A Review Below

Since it's FINALLY back, here's another look at an honest review of the Popeyes Chicken Sandwich! And I've never had so much fun in a drive-thru 🙂