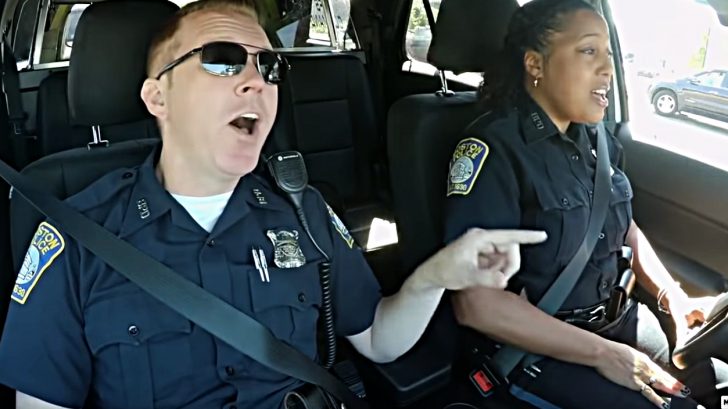 Two of Boston’s finest were on patrol for the Fourth of July holiday this year when they broke out into song while driving around in their cruiser!

Officers Kim Tavares and Steven McNulty have been working together for some time. Apparently, enough time that other officers have taken note of their singing talents and often asked when they would be doing a duet together.

As they patrol the streets of Boston, the two talk about the upcoming holiday (Independence Day) and the fun celebrations that happen around town each year, then moving onto talking about their favorite songs.

“God Bless America” comes to mind, so the both of them decide it’s a great time to practice their duet skills!

The Epitome Of Patriotism

Immediately breaking out into song, these two will take you on a journey through one of the most patriotic songs ever written – and sung by some real American heroes only makes it that much better!