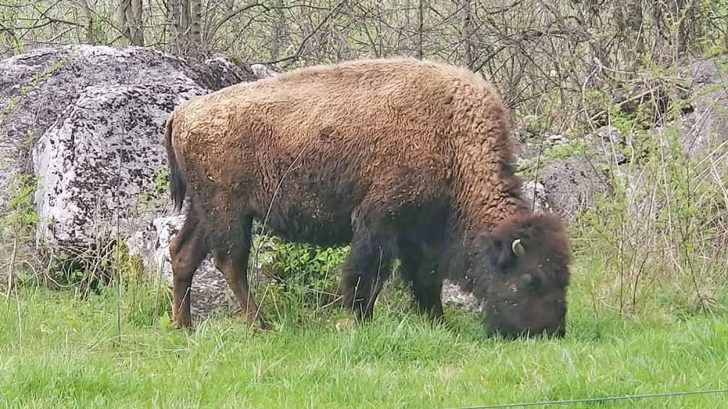 An investigation by the Sevier County Sheriff’s Office is underway after a bison was shot and killed on private property in Seymour, Tennessee.

According to neighbors, the owner reported hearing gunshots Sunday, May 24, around 4am but thought nothing of it at the time. When he went to check on his herd Monday morning, he discovered one of his bison had been shot and killed. According to the owner, whoever killed the bison also attempted to cut off its head but was unsuccessful and left the animal partially decapitated. Other residents reported seeing someone driving a black Toyota in the area and parked close to where the bison was shot. At this point, there is no further news and police are still investigating the incident.

I am so sad ??? One of the bison that live near us was murdered this weekend! Bill was talking to our neighbor tonight…

The American bison is recognized as a symbol of American history. As settlers expanded into the West in the 1800s, bison were nearly made extinct. During that time, there were an estimated 30 million bison roaming the plains of United States but those numbers quickly went down. By the time Congress made it illegal to kill bison in 1894, there were fewer than 1,000 left. Under President Teddy Roosevelt, a conservation effort was made and the American people started to appreciate the animal and everything it represents. Under the Obama administration, the bison was declared the national mammal. Conservation efforts saved this national treasure and today, there are bison in all 50 states with close to 5,000 located specifically in Yellowstone National Park.

Watch the video below for more history and facts about the American bison.