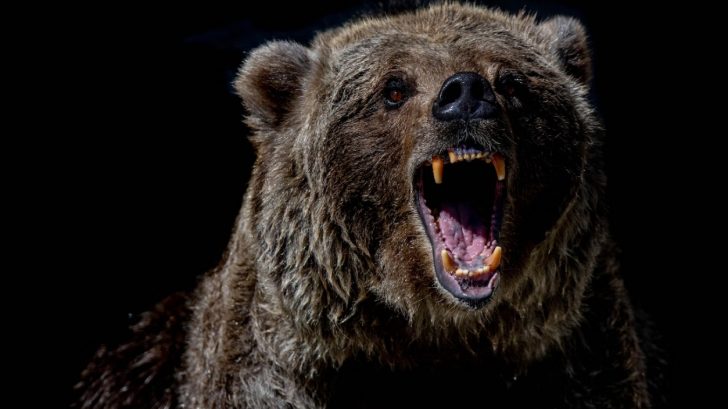 On September 20, 2022, at 6:37pm, Alaska State Troopers and Alaska Wildlife Troopers were notified of a bear attack near mile 36 of the Glenn Highway off Matanuska Road.

The troopers drove out to the location and found a grown man carrying a 9-year-old child with head lacerations near the road. The man had minor injuries but the boy had serious injuries and both of them were quickly taken to a nearby hospital.

According to Alaska News Source, on Wednesday afternoon, troopers wrote in an email that the 9-year-old boy is “in fair condition and currently receiving medical care.”

Austin McDaniel, a spokesperson for the Alaska State Troopers said the man and boy ran into a brown bear and her cub while they were hunting in the Palmer Hay Flats area.

Fortunately, the man was armed with a gun and was able to shoot and kill the bear during the attack, however, they did not get away unscathed.

Alaska Wildlife Trooper Scott Lanier was on the scene along with news reporters and told them that his department will be doing a full investigation into the situation.

“We will come in with the Alaska Department of Fish and Game with the biologist and we’ll do the full investigation, necropsy and find out what’s going on with this bear,” Trooper Lanier explained to Alaska News Source.

Oddly enough, residents in the area said a brown bear killed dozens of their chickens and turkeys this month. However, the Department of Fish and Game Regional Management Coordinator Todd Rinaldi said after the necropsy was completed, he doesn’t believe it was the same bear.

“There was no evidence to suggest that this bear was involved in the raids on chicken coops reported last week in the Butte,” Regional Management Coordinator Rinaldi wrote, according to Alaska News Source. “A ground search of the area today by AWT and DFG, and an aerial search with AST’s A-star helicopter, did not locate a cub.”

A video report of the incident can be viewed on the Alaska News Source website.