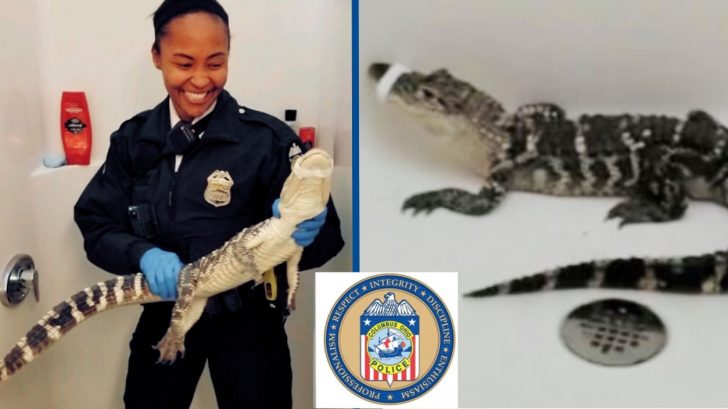 The Columbus Division of Police released a public statement on Facebook about a man who was arrested on Monday, March 30th, 2020. Allegedly the man got into an argument and pulled out a gun over the return of an Xbox.

The police department received a call at 3:45pm about the dispute and officers drove out to 361 Miller Ave to investigate the situation. As they knocked on the door and went inside the apartment, they found the man with the gun. He was charged with a parole violation and received a felony weapons charge as well.

After further investigation of the home, the officers also found a 3 to 4-foot alligator living in an aquarium located in the tenant’s closet. The woman who lived there admitted she owned the alligator, however, she did not have the proper permit to do so, nor insurance on the animal.

? OFFICERS STUMBLE UPON ALLIGATOR DURING A ROBBERY RUN:Yesterday, March 30, 2020 at 3:45pm officers were called to an…

Posted by Columbus Division of Police on Tuesday, March 31, 2020

An officer on the scene taped the gator’s mouth shut for safety and they confiscated it from the woman. The police held the gator until officials from the Ohio Department of Agriculture came and transported it to a safer environment. What’s most disturbing is the department reported that three toddlers were in the home with the alligator, along with several other children.