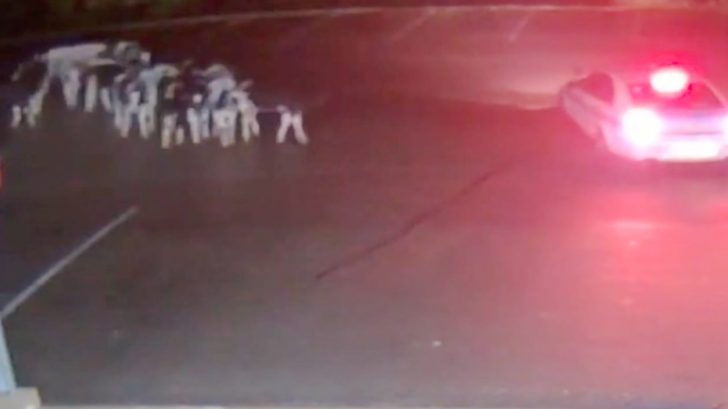 The New Glarus Brewery in Wisconsin is known for producing its “Spotted Cow” beer. The brewery’s website says the ale helps “continue [the] pioneer spirit” and that it is “brewed with flaked barely and the finest Wisconsin malts.”

The brewery says the Spotted Cow beer can be paired with all sorts of food, including BBQ, chicken sandwiches, and jambalaya.

As you would expected, the Spotted Cow beer features a cow on its label. If the folks at the New Glarus Brewery ever want a new model for their logo, they may not have to look any further than their own parking lot!

Around 1:45 AM on Monday morning (September 23), a small herd of 16 Holstein cattle gathered in the parking lot of the New Glarus Brewery.

The New Glarus Brewery posted about the cattle convention on its official Facebook page, writing, “Yes, this actually happened — some spotted cows came to visit the home of Spotted Cow!”

The company included a couple of photos of the real-life spotted cows outside the home of Spotted Cow beer.

According to WKOW, a news station in Wisconsin, the police came to corral the real spotted cows so they wouldn’t get away. Police told the outlet the cows were eventually returned to a nearby farm.

You can watch a news report on the comical incident in the video below. Maybe the brewery should adopt those 16 cows as its official mascots. After all, they seem like big fans of their Spotted Cow Beer!