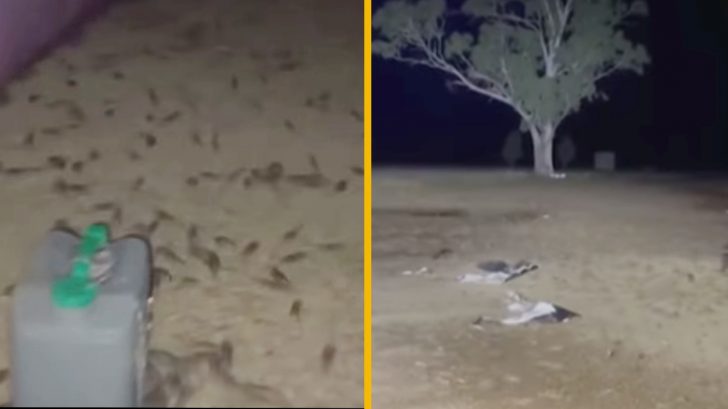 Australia has recently been struggling with an influx of snakes due to a rise in floodwaters. Now, a New South Wales community is battling with another type of plague.

Australia’s heavy summer rains may be causing a plague of mice to swarm. Recently, an epidemic of rodents began causing problems for rural residents and business owners. According to The Telegraph, farmers in New South Wales report “a drastic increase” in the rat population. The mice are invading grain silos, homes, and barns.

Unfortunately, mice population control is very costly, and many residents are left to their own devices to battle the rodents. The numbers of the mice are hair-raising, and some New South Wales natives have begun to share videos of how dire the situation has become. Recently, a video was released from a family farm in Gilgandra. In the footage, thousands of mice scurry across the property, under pipes, and over machinery. The sheer amount of mice is unbelievable and overwhelming.

Facebook users were quick to reply to the footage and offer suggestions as to how they would personally deal with the critters. Other viewers voiced their disgust over the plague.

“What is going on that they got this bad? Omg I will have nightmares over this! Where are the natural predators of them?” Tracy Becker Mulder wrote in the video’s comments.

See the full video footage below.