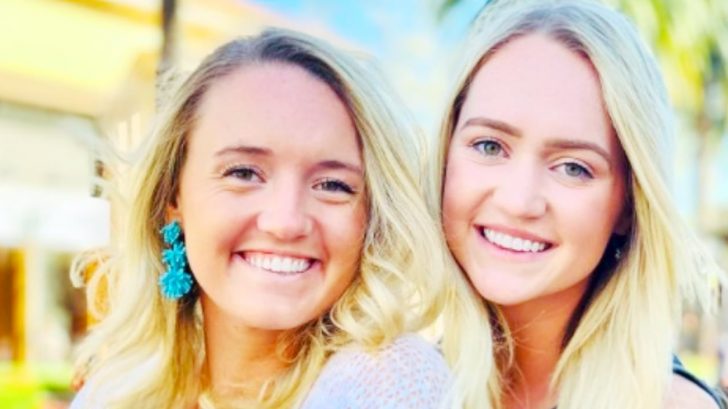 “Pioneer Woman” Ree Drummond‘s daughter, Alex, married Mauricio Scott on May 1. The couple said “I do” during a ceremony held outdoors on the Drummond family ranch. Their reception was also held outside under a large tent that was open on all sides.

The tent was transformed into an elegant rose garden, covered with flowers and greenery.

Ree still can’t get over how magical Alex’s wedding was. She has continued to share stories and photos, and her fans love learning more about every little detail.

Alex had both a maid and matron of honor. Her younger sister, Paige, filled the former role.

Since she was the maid of honor, Paige gave a toast at Alex and Mauricio’s reception. As you would expect, her toast was quite emotional.

Ree shared a few photos on Instagram from the moment Paige gave her toast. The first shows a teary-eyed Paige pausing for a moment during her speech, while the second and third pictures depict a tearful Alex and Mauricio watching her speak:

“Paige’s toast at the wedding was emotional—some funny moments, but mostly poignant,” Ree recalled. “I cried a little, but my sister Betsy almost didn’t survive it.“

Ree said Paige’s toast was made all the more emotional because she is usually a pretty tough person:

“It’s always sweet when an ordinarily tough customer expresses how she really feels about her sister. Dang, I have something in my eye again…” Ree wrote.

Paige commented on her mama’s post, saying she doesn’t think she could ever give another toast like that. “…no more toasts, I don’t think I could make it through another,” she said.

We can only imagine how touching Paige’s toast was. She and Alex have grown up into beautiful young women!