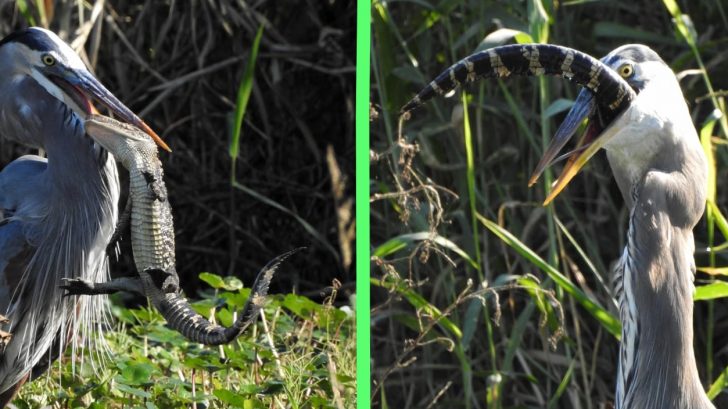 A photographer was strolling around Lake County, Florida when he captured the incredible moment a great blue heron devoured a large juvenile alligator.

Danny Gilliam shared several pictures of the “predator vs prey” scene on Facebook and within two days it got over 77k shares, 100+ comments, and 13k likes. The photos are absolutely stunning.

As awesome as this looks, Florida Fish and Wildlife said this is not uncommon at all and that blue heron eat baby alligators all the time. However, it’s not every day that someone gets it on camera.

According to the post, which had a video of a great blue heron eating a small American alligator, the great blue heron are large, wading birds that are very common in Florida. They are mostly found in the state’s wetlands, ponds, lakes, and canals.