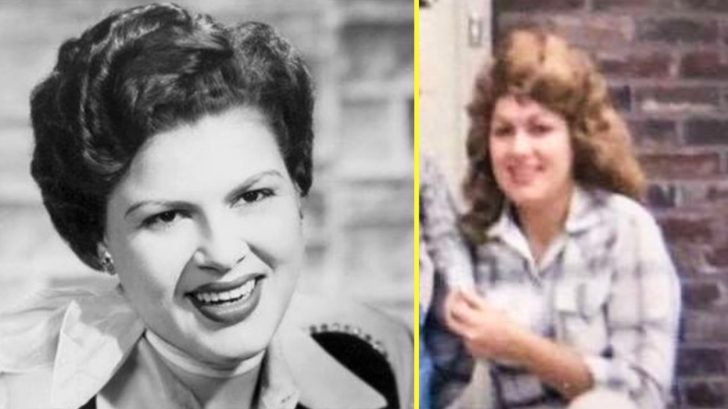 There is no doubt about it – Patsy Cline was an absolute legend. She was the epitome of talent, beauty, and class.

Although she died in a plane crash in 1963, she managed to record and released many hit songs and reach legendary status in her short career.

The Facebook tribute page Patsified, created by Patsy Cline fans for Patsy Cline fans, often shares rarely seen photos of the “Sweet Dreams” singer. Each photo usually contains a caption that tells fans when and where the photo was taken, as well as who is also in the photo with her.

A photo the Facebook page just posted is one we have never seen before, and one you probably haven’t either. We have aways seen Patsy wear her dark brown hair in short styles, much like in the photos below.

Still a chance to win a big money prize in the uDiscover holiday competition.it finishes at midnight your local time…http://www.udiscovermusic.com/essentials/christmas-calendar-competition

"…For if still loving you means I'm weak, then I'm weak…"

In the newly uploaded photo, Patsy’s hair is as long as we’ve ever seen, below her shoulders, and is a light brown hue instead of her usual dark brown. She is sitting on the front porch of her “Dream House” with her husband Charlie and their children Julie and Randy.

According to the caption, the photo was taken in September 1962. Check it out below.

Charlie, Julie, Randy and Patsy On the front porch of the "Dream House" in Goodlettsville, September 1962.

Not only is it rare because of her hair, it is also rare because both her children are in it. We have scoured the Internet and can’t seem to find any other photo with Patsy, her two children, and her husband.

Have you ever seen this photo before?