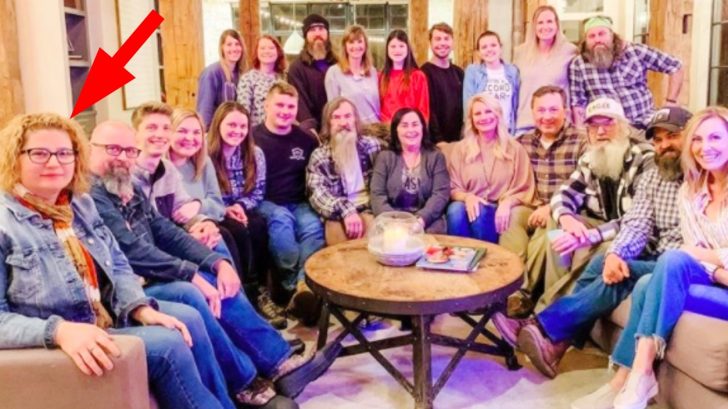 Phil Robertson, the patriarch of the Duck Dynasty family, and his wife, Miss Kay, have been married since 1966 and have built an empire together. They share four sons (Al, Willie, Jase, and Jep), and taught them to put their faith above all else.

In a new episode of Phil’s Unashamed podcast, he and his sons revealed some shocking news…Phil has an adult daughter he previously never knew about. It may come as a surprise to some, but Phil didn’t always live a virtuous, faith-filled life, and was not faithful to Kay.

When speaking to The Christian Post in 2013, Phil confessed he lived a “sex, drugs and rock ‘n’ roll lifestyle” during the early years of his and Kay’s marriage.

Kay was the first one who found faith, and Phil kicked her and their three eldest sons out of the house once she became a Christian. Although they were separated, they remained married.

Just one year later, Phil made the choice to follow in his wife’s footsteps and became a Christian as well.

But shortly before Phil became a Christian, he had an affair. Little did he know, this affair resulted in the birth of a daughter…a daughter he didn’t meet until recently.

Speaking on the Unashamed podcast, Al revealed that he received a letter from a 45-year-old woman named Phyllis who said she believed Phil was her father. “So basically, it was from a woman who said that by a DNA search, she thinks that dad might be her dad,” Al said.

He initially dismissed Phyllis’ claim because her birthday falls after Phil had become a Christian in the 1970s. But after doing a little more research, Al realized Phyllis could have been conceived right before his dad found Jesus.

“Well once we get into that and start looking at it a little more deeply, I’m like, ‘Oh whoa, whoa…there might be something to this,” Al said.

Jase, who also received a letter from Phyllis, believed her claim wasn’t “frivolous,” so he and Al decided to tell their father about her letters. Phil agreed to take a DNA test, and found out he was a 99.9% match to Phyllis.

After Phil learned that he was Phyllis’ father, he asked her to come meet the rest of his family in Louisiana. She recently vacationed with the Robertsons on the beach, and Willie’s wife Korie posted a picture of her with the other Duck Dynasty ladies.

“We have a new sister!” she wrote. Then she went on to add, “Welcome to the fam, Phyllis; I promise it’s never boring.”

You can see the photo Korie shared below. Phyllis is the woman in the center, wearing the red shirt and the glasses.

Jase and his wife, Missy, also posted pictures with Phyllis, which we’ve included below as well.

We have a new sister! We found out not long ago that Phil has a daughter, and Willie and his brothers have a sister. It was as much a surprise to all of us as it probably is to you, but life is full of surprises, and this one is especially sweet! Our annual family beach pics were even crazier, and the Robertson men are now officially outnumbered so we’re feeling pretty good right about now, ha! Welcome to the fam, Phyllis; I promise it’s never boring 🙂 [link in bio if you want to hear the story of meeting her]

Yep, I have a sister. And she’s awesome. Listen to how my brothers and I found out by clicking link in my bio. God is good!

“DNA results are back, and…I have a sister.” Words I will never forget my husband say as he stepped back in beside me at a worship conference just 3 short months ago. The next few moments were emotional as we continued to praise and worship an amazing Father and Savior. The last few weeks have been even more amazing as we have been blessed to spend time with our new family members. God can make the most beautiful things out of our brokenness. He is the Redeemer! Welcome Phyllis and Tony, Grant and Julie, Joel and Kendall! You are loved ♥️💕♥️

“It’s a pretty cool explanation of redemption, reconciliation, love,” Phil said while speaking about meeting Phyllis. “As it turns out, 45 years, you have a daughter that you don’t know about, and she has a father she doesn’t know about. 45 years that doesn’t sound like very long but you say, that’s a while. So finally, after all those years, we come together.”

You can hear Phil and his sons tell the full story about Phyllis by tuning in to their Unashamed episode below.