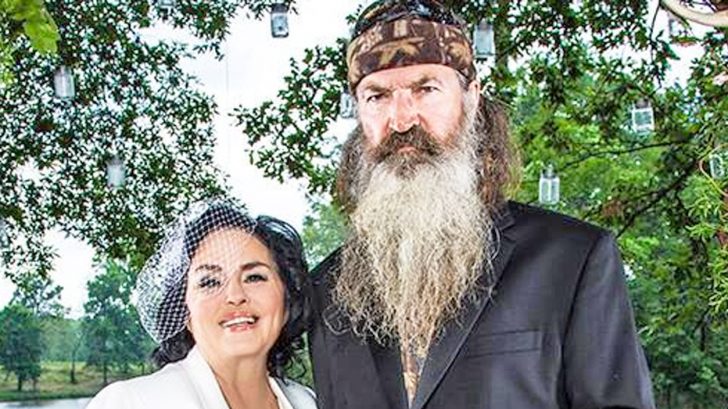 They have a multi-million dollar company, but still live in a double-wide. In fact, it’s the same double wide mobile home they’ve lived in for over 40 years during their marriage.

Aww, we'll never forget this heartwarming moment. Y'all can relive your favorite #DuckDynasty memories with our special DVD collection of Seasons 4-6! http://aetv.us/1yE9WC1

Phil Robertson started the company Duck Commander in 1973 after he was dissatisfied with the quality of duck calls that were available. He created the first Duck Commander duck call in 1972, patented the design and the business took off. In recent years, his son Willie Robertson took over as CEO and really took the company to new heights.

Their family company became the subject of the reality show Duck Dynasty, that the country quickly fell in love with because of the Robertsons’ Christian values and each family members’ infectious personalities.

Get quacking with new episodes of #DuckDynasty every Wednesday on A&E at a new time, 9/8c!

TV host Maria Menounos spent some time with the Duck Dynasty family, touring the headquarters and then heading to Phil and Kay’s for dinner. There, she noticed that although this couple is raking in the dough, they live a very modest life.

“The Robertsons…haven’t revamped their home into a McMansion or 90210 compound,” she wrote in an article about her experience with them. “They’ve added some closet space here and there and there’s a few more knickknacks that adorn the walls (i.e. artwork sent by fans from across the nation and everything from their own bobble heads to camo carpeting).”

In her sit down interview, Kay revealed that one of the things she’s splurged on since becoming famous is concrete.

“He let me put the concrete on the driveway,” Kay told Maria. “Now we have half a driveway!”

The Robertson family matriarch also said she bought rocks for the front yard. While Phil and Kay do still live in the same double wide mobile home they raised their four sons in, they are known for buying more and more of the surrounding land, mainly for hunting.

SHARE IF you're enjoying your #SundayFunday as much as the #DuckDynasty duckmen!

In total, they own over 1,000 acres and over 70 duck blinds occupy them. Phil wakes up early every morning to maintain the land and keep it ready for duck season every year.

Phil and Kay’s estimated net worth is around $15 million.  Watch the segment with Menounos below.