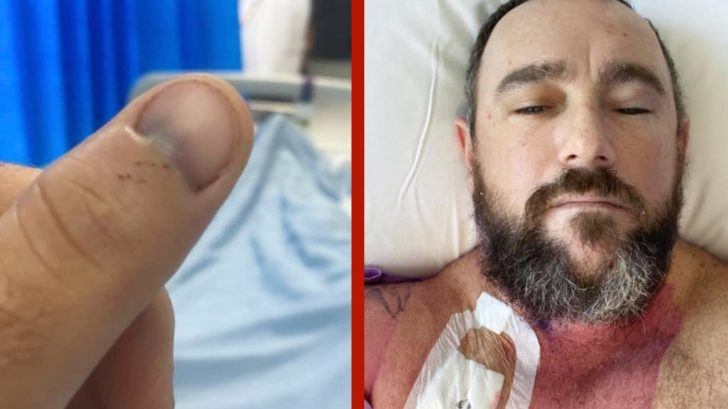 Ben Avery, an Australian snack catcher, almost lost his life after his pet snake bit him.

Avery, a catcher at Bayside Snake Catchers, owns a venomous eastern tiger snake. The catcher was feeding the reptile by hand when the snake bit his thumb.

Avery described the experience on Facebook and admitted that while he kept perfectly calm, his body reacted to the venom much more quickly than he anticipated. The snake catcher shared:

“I had been told by many people, snake people who had been bitten and kept snakes, videos, first aid courses… simple… do the first aid, you’ve got time, get to hospital. No drama. Not in this case.”

After just ten minutes, the snake catcher began vomiting and slipping out of consciousness. He also described that his arm left like it was “in a vice.”

“Worst pain of my life,” Avery admitted in his caption. “It was touch and go at the hospital over night, my kidneys shut down and pretty much melted from the venom.”

“The toxicology team at the PA hospital said it was the worst bite on record to be survived,” Avery admitted.

For more on the eastern tiger snake, check out the following video.