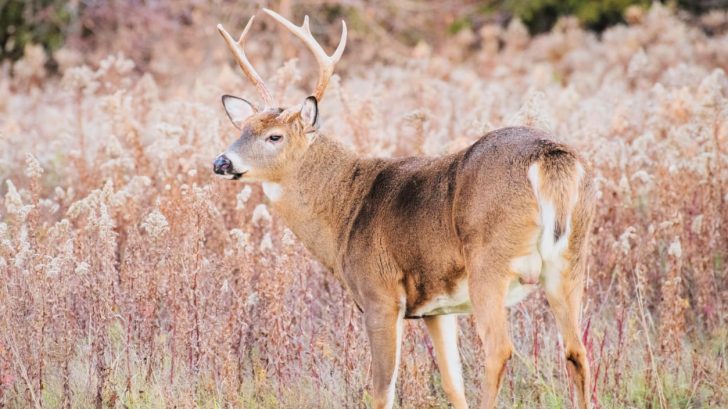 Photo by Ahmad Omari on Unsplash

People in Austin, Minnesota have been warned to be on the lookout for an aggressive deer who attacked a runner on Wednesday (June 16).

The person was running on the trails around the Jay C. Hormel Nature Center when they crossed paths with a young buck deer. Staff members at the Nature Center told ABC 6 News the deer was “acting aggressively” when the runner encountered it.

Nature Center Staff said the runner managed to scare the deer away, but it returned. “After initially scaring it away, the runner was rammed and pinned under the deer,” the staff said.

Thankfully, the anonymous runner was able to fight the deer off and got away. ABC 6 News reports they had no serious injuries, only “minor bruising.”

The Nature Center put up signs telling visitors to be aware of the deer, which is still on the loose. ABC 6 News says the deer is “potentially sick,” which could explain its aggressive behavior:

Watch ABC 6 News‘ report about the deer attack below.