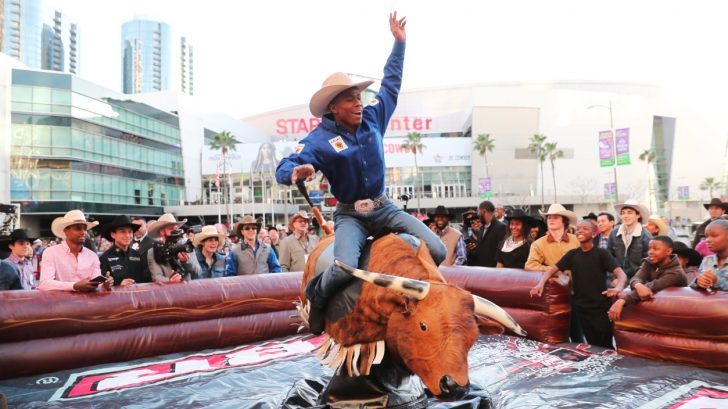 Rodeo fans are in shock over what Professional Bull Riders (PBR) is calling the “biggest change in sport’s history.”

For 27 years, PBR has featured the best bull riders in the world riding the best bulls in the world. 2.5 million fans attend live events every year which include the three circuits – the televised Built Ford Tough Series, the BlueDEF Velocity Tour and the Touring Pro Division.

In a huge announcement on social media, PBR revealed an exciting element they’re ready to integrate into competition starting in the 2020 season – mechanical bull riding.

Of the change, Sean Gleason, PBR’s CEO said, “As the leading innovator in Western sports, PBR is very excited to make the world’s best bull riding even more challenging.”

Gleason also stated that the mechanical bulls will not be used in any championship round, but will be used for one long round in Unleash The Beast and Pendleton Whisky Velocity tour events. According to PBR, “Each mechanical bull will be placed in the center of the arena atop the shark cage and operated by software ensuring each rider is challenged in an equitable way.”

We’re not sure if every bull rider is excited about the change, but we do know one who is, 22-year-old Ezekiel Mitchell.

“I learned to ride on YouTube and have been known to get on a mechanical bull now and then for fun, so I feel young guys like me will adapt very well to the change,” Mitchell said.

Rookie of the Year contender Ezekiel Mitchell is looking forward to the new rule change with mechanical bulls being added into competition.

As some of you have probably guessed, this is an April Fool’s joke crafted by PBR themselves!

This isn’t PBR’s first time pranking their fans with a rule-change announcement! On April Fool’s Day last year, they duped their fans into thinking they were changing the standard 8 second rides to 16 seconds.

Fans love PBR so much that we're giving them more of the sport. It's why we launched RidePass earlier this season, and…