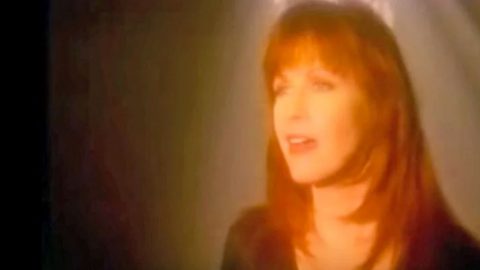 When actor Burton Collins was visiting his ill grandmother, she said something that really spoke to him. She asked him, “How can I help you say goodbye?” shortly before her 1988 death, and held on to it for many years.

Turning That Phrase Into A Song

He was introduced to singer-songwriter Karen Taylor-Good, who is best known for her Top 40 single “Diamond In The Rough” in 1982. Together, they wrote music and lyrics to accompany Collins’ grandmother’s words, which they used as the title of the song, “How Can I Help You Say Goodbye.”

Now Playing On CC247 How Can I Help You Say Goodbye by @theploveless Thanks For Listening!
Buy song https://t.co/psNWMb7dib pic.twitter.com/UmucfwEZUk

The song follows a young woman and three monumental losses she experiences throughout her life. First, as a child, the narrator moves away from her best friend. Next, she and her husband decide to separate and lastly, her mother passes away in late adulthood. While the narrator is mourning each loss, her mother asks her,

11. Patty Loveless – 'How Can I Help You To Say Goodbye' (an oldie but still one of my faves. Also makes me cry) pic.twitter.com/ZjMFLgGhvI

It climbed steadily up the charts, reaching number three in June. The song was so well-received, it was nominated for a Grammy Award for Best Female Country Vocal Performance and Best Country Song. The music video was nominated for Video of the Year at the CMAs and ACMs.

Loveless proves her skill as an incredible storyteller in the poignant song.

During a 2008 interview with Country Universe, Loveless revealed the song took on a whole new meaning for her after her mother and mother-in-law passed away very close together.

“When I was driving back to Georgia the other day, I was listening to ‘How Can I Help You to Say Goodbye.’ It was actually a live version from a while ago, and I had tear [sic] in my eyes,” she said. “The emotions felt like running rapids…Now I’ve lived through that song, after the experience with my mother, and I connect to it. All of it.”

She also reveals that the point of the song isn’t to focus on the sadness behind it, it’s “to deliver a song that’s healing…give people hope, even through sadness.”

Watch her perform “How Can I Help You Say Goodbye” with Ricky Skaggs below.

And watch her perform the incredible song solo, below.