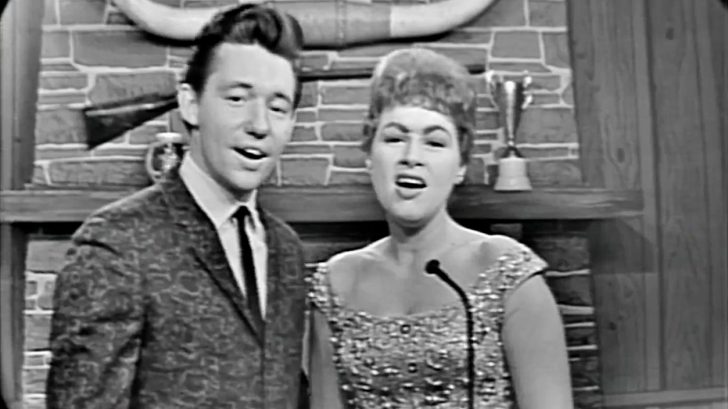 Way back in the early 1960s, country music was blessed with an incredible duet during one of the Grand Ole Opry’s famous PET Milk shows – and now, you too can enjoy this unforgettable piece of history!

Patsy Cline, who was known for her hit songs “Crazy,” “I Fall to Pieces,” and her then-recently-released single “She’s Got You” made a special appearance for the PET Milk Grand Ole Opry show on April 16th, 1962.

During her appearance, she was welcomed back to the stage for an impromptu duet with famed country crooner Bobby Lord – and boy did they make some great music!

Known for her excessive generosity, Patsy Cline – born OTD 1932 – 'would give anyone the skirt off her backside if they needed it' – noteworthy since she wore slacks rather than a dress when she was accepted into the Grand Ole Opry, which was considered shocking at the time. pic.twitter.com/X98Geeb2qN

Lord, who had experienced some chart success himself with hits like “Without Your Love” and “No More” before going on to host television shows and also authored a 1969 book Hit the Glory Road.

During this 1962 televised performance, the host complimented Lord on his “fine singing” and suggested that since both he and Cline were such great musicians that they saddle on up to the microphones and sing a little ditty together!

Patsy Cline sauntered on out with a beaming smile on her face and joined Lord front and center before suggesting they sing the timeless country ballad “(Remember Me) I’m The One Who Loves You.”

“I believe I can sing just a little bit of it – let’s try it, fellas,” Lord says, calling on his bandmates to strike up the tune.

With that, these two issued a truly magical duet that was a nearly-forgotten piece of Cline’s brilliant legacy – until now!

Tragically, Patsy Cline died in a plane crash just under a year later when the flight encountered inclement weather.

Today would have been Patsy Cline’s 86th Birthday! What’s your favorite song from this country queen? #patsycline pic.twitter.com/KTK48ZZexz

Watch this one-of-a-kind duet from the PET Milk Grand Ole Opry show below and tell us what you think of it in the comments!