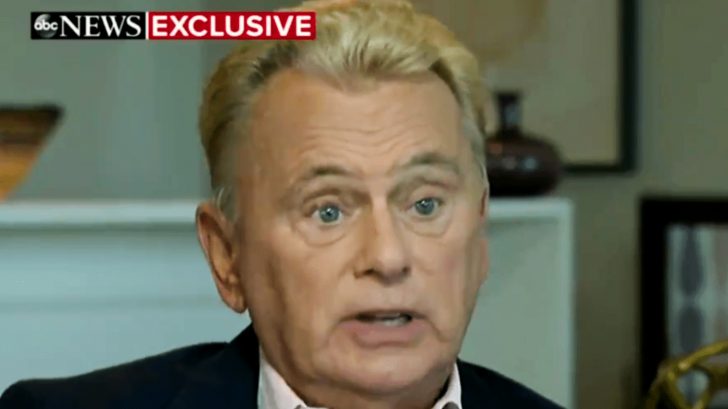 For nearly 40 years, the treasured host of long-running game show Wheel Of Fortune has been a staple of American pop culture and television.

In the midst of the show’s latest season, Pat Sajak was rushed to the emergency room for an illness that could have claimed his life. Much was unknown about his illness when the news first began to break and details remained scant until the host himself opened up about his near-death experience in an interview with Good Morning America.

During Sajak’s absence, his long-standing co-host, Vanna White, took over hosting duties and was assisted by an assortment of characters who helped her reveal the letters for over a month.

On November 8th, 2019, Wheel Of Fortune officials revealed that Sajak had undergone emergency surgery for an intestinal blockage. Just a few days later, he opened up on Twitter expressing his gratitude and said that the surgery was a success.

I’m so grateful for all the good wishes during my recent illness. Happy to say that the worst has passed, and I’ll be out of the hospital in a day of two, then back to work (unless @TheVannaWhite has completely taken over!)

I’m happy to say that my surgery was a total success with absolutely no after effects expected. But the best news is that when I came out of the operating room, I was 63 years old! #10MoreYearsOfWheel

Sajak, who joked about becoming younger while under the knife, is actually 73-years-old and he finally sat down with Good Morning America to explain exactly what happened and what the outlook is going forward.

On the day of the incident, he went for a walk with his daughter (as they usually do) and then returned home to get ready for a day of filming the show.

“Within two and a half hours, I was in surgery. It was that quick, and that intense.”

Upon arriving at the hospital, doctors had to assess his situation and realized that his blood pressure had fallen so much that they had to wait until it rose before they could put him under the knife.

According to Sajak, his wife and daughter were at the hospital waiting for him and due to the severity of the situation…they weren’t certain he would even make it out. Sajak himself wasn’t sure he would, either.

“In the background, I could hear my wife and daughter talking. It sounded like they were a mile off, but they were right next to me. I remember thinking, not in a morbid way, ‘I think this must be death. This must be what death is like.’ And, all I thought was – hearing their voices, I thought, ‘Boy, their lives are gonna change now.'”

Luckily, the doctors were able to fix the blockage and get him all patched up and back to normal! But, Sajak says, the condition was at a point, where it could have cost him his life.

“The intestines start working against each other and actually killing tissue. And if you don’t deal with it quickly, it will kill enough tissue that it’ll kill you.”

Doctors still don’t know why this happened to him, but he says that there is no underlying medical issue or problem and he said with a chuckle that he is “as good, or bad, as new.”