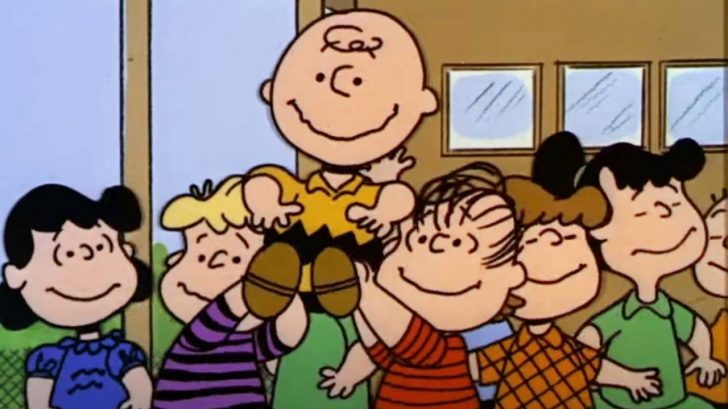 In 1950, Charles M. Schulz created the comic strip Peanuts with Charlie Brown as its main character. Described as a “lovable loser,” Charlie Brown has since become an iconic character with his signature black zigzag pattern on his yellow shirt.

While there are many characters in the Peanuts comic strip, Charlie Brown is the only character to have appeared regularly in the strip throughout its entire 50-year run, which ended in 2000, the day after Schultz’s death. Reruns of the comic are still printed.

Thanks to the popularity of the comic, movies were created, and in turn, voice actors were needed to voice all the characters. The person who brought Charlie Brown to life was child actor Peter Robbins, whose real name was Louis G. Nanasi. Robbins began acting in 1963, and he started voicing Charlie Brown when he was nine years old.

In total, he voiced the character in six television specials, including A Charlie Brown Christmas was released in 1965 and It’s the Great Pumpkin, Charlie Brown in 1966, as well as the 1969 movie A Boy Named Charlie Brown.

Aside from voicing Charlie Brown, Robbins appeared in The Munsters, The Farmer’s Daughter, Get Smart, and several other projects. He stopped acting in 1972. Later, he started a career in real estate and even had a short-lived radio talk show.

Later in life, Robbins openly spoke about his bipolar disorder and paranoid schizophrenia, especially after he was released from jail in 2019 after serving five years for making threats to several people, including public officials. He was working on an autobiography titled Confessions of a Blockhead, when he passed away in January 2022.

His family told San Diego’s Fox5 that he took his own life sometime last week. Our thoughts and prayers are with them at this time.

He died last week aged 65. His family said the cause was suicide. Obituary: https://t.co/mKJR3YhRpY pic.twitter.com/ANlBeZZKLa

No matter how into animation you are, I think everyone on the planet has heard this voice. A legendary voice from a legendary person, that will be dearly missed, thank you for everything. pic.twitter.com/kGnXvygrpg