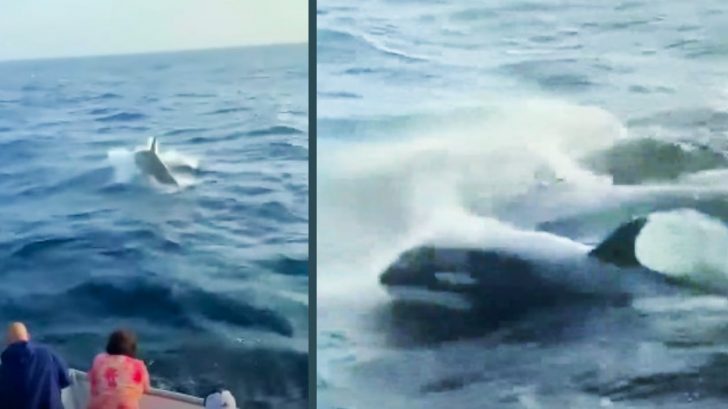 Believe it or not, there are orcas in the Gulf of Mexico.

When most people think of orcas, they think of them swimming through colder waters such as those surrounding Alaska and Iceland. But orcas actually have an extensive range, and can be found in all of the world’s oceans.

Despite this, it’s still unusual to spot orcas in the Gulf of Mexico. Greg Whittaker, Animal Husbandry Manager with Moody Gardens in Texas told KHOU 11 that there is a report of orca sightings in the Gulf “Every three years or so.”

Whittaker said there is a small population of orcas that lives in the Gulf, but it’s rare to see them. “It’s truly a blessing to be out there at the right time and the right place,” he said.

So you can imagine how blessed one group of people felt when they saw a massive pod of orcas off the coast of Galveston, Texas in March 2021.

A fishing group on the boat the New Buccaneer was heading home after a successful fishing trip. Suddenly, Captain Sam Hardeman spotted something off the port bow and decided to slow down, thinking they were coming up on some pilot whales.

But Hardeman and the others were stunned to discover their boat was in the midst of a large pod of orcas.

“Initially saw about 100 whales,” Hardeman said before going on to describe to KHOU 11 how, “a group of maybe 30 to 50 broke off and started following the boat.”

Those on the boat started filming their encounter with the whales. The orcas could be seen jumping out of the water, and sometimes appeared just feet away from the boat.

Hardeman said they watched the whales for for about 20 minutes before they continued on their way. It’s an experience he and the others on the boat are sure to never forget.

Watch KHOU 11′s report on the orca sighting by clicking here. You can also see more footage of the whales in the video below.