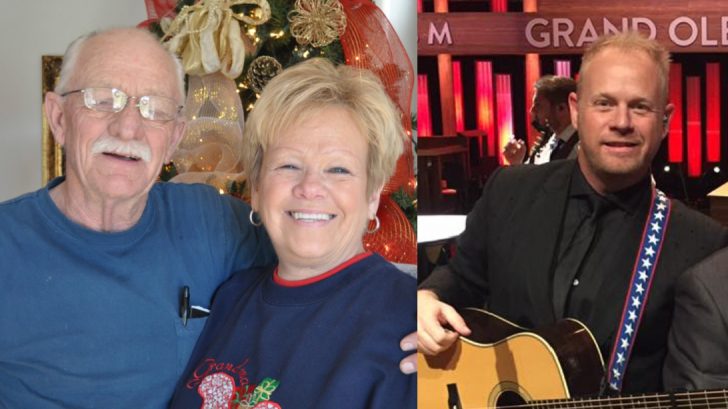 Jamie, one half of the bluegrass duo Dailey & Vincent, shared the news on social media Wednesday saying:

“I regret to inform you that at 1:22pm today my stepdad Jimmy Nevins passed away. Fortunately, we were able to be with him in his trauma unit holding his hands talking to him and praying over him as he peacefully slipped from this earth and over to the other side.”

Dailey added that following the car accident, doctors found that Nevins had stage four lung cancer that had spread to his arm, lymph nodes and brain.

“Even had the accident not happened he would have been traumatized to know that he had cancer. We are leaning on our faith, family and friends and we know God has a plan and we aren’t to question it,” Jamie wrote.

The “By the Mark” singer said that the family is heartbroken, and asked for prayers for his mom, Judith, his step-brother, Neil and the rest of Jimmy’s family and friends.

On March 19th, Jamie Dailey shared that two days prior his mom and step-father had been life-flighted to Nashville. Judith suffered a broken pelvic bone and underwent surgery. At that time, Jimmy was reported to be in stable condition and underwent several surgeries.

The singer posted a series of updates in the days since that included news of his mom’s transfer to a rehab facility and eventual release. “Mom is out of rehab and home now and recovering nicely so far. She’s walking on a walker and working hard at getting better.”

Jimmy remained in critical but stable condition until his passing on Wednesday.

Our thoughts and prayers are with Jamie Dailey, his mom Judith and the rest of Jimmy Nevins’ loved ones during this heartbreaking time.

Dailey & Vincent is a Grammy award-winning bluegrass group formed in 2007. They were inducted into the Grand Ole Opry in 2017. Jamie Dailey was the lead vocalist and guitarist for Doyle Lawson & Quicksilver for 9 years before joining Darrin Vincent, a former member of Ricky Skaggs’ band Kentucky Thunder, to form their own powerhouse bluegrass group.