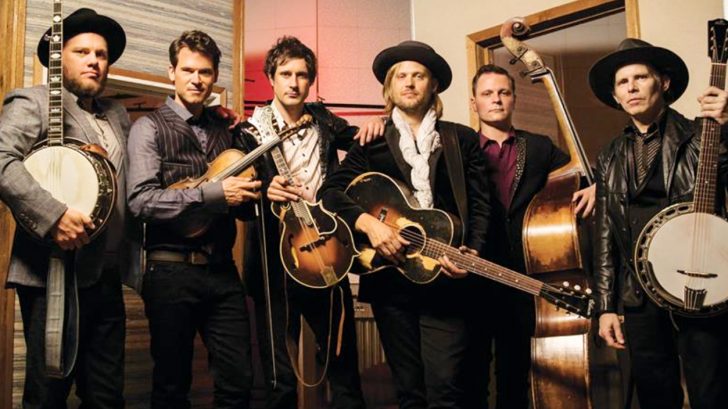 The News No Country Fan Wants To Hear

One of the worst pieces of news a country music fan can hear is that their favorite artist is taking a break. Such news is dreaded by fans, as sometimes the “break” turns into an artist’s permanent departure from the music scene.

Or in the case of a duo or group, a “break” could mean that the members are going their separate ways…for good. For example, one of the most notable country music breakups was when sibling duo The Everly Brothers parted ways in 1973 and never ended their estrangement.

Discover the story of brothers Phil and Don Everly, whose music shaped rock ‘n’ roll. The Everly Brothers: Harmonies from Heaven presents the heyday of their careers at 6PM. pic.twitter.com/A3KUxPThyJ

So you can imagine the concern raised when one member of the longstanding country group Old Crow Medicine Show announced on Sunday (December 30) that they are going on hiatus.

How They Wheeled Their Way Into History

The news comes as the group just wrapped up a two-night residency at the Ryman Auditorium in Nashville.

While those who attended the shows were likely under the impression they were the group’s last performances of the year, they had no idea they could have been some of their last performances ever…at least with all of the current members.

Old Crow Medicine Show started recording in 1998, and was discovered by bluegrass icon Doc Watson two years later. Their popularity eventually skyrocketed, thanks in large part to a little ditty that one of its members finished after it was started by Bob Dylan.

That little ditty is a song y’all know as “Wagon Wheel.”

Dylan actually wrote the famous chorus to “Wagon Wheel” way back in 1973, and recorded it then. It wasn’t until 25 years later that the song was finished, thanks to Old Crow Medicine Show frontman Ketch Secor, who penned the verses.

The group released their recording of the song in 2004, and numerous others followed. You’re likely most familiar with Darius Rucker‘s chart-topping version, which was released in 2013 and has since been certified triple platinum.

With a catalog full of great songs like “Wagon Wheel” and a knack for putting on entertaining live performances, it came as no surprise when, in 2013, Old Crow Medicine show was invited to join the Grand Ole Opry as members.

Of course they accepted, and in the years since they have entertained one Opry crowd after the next.

So that’s why it seems kind of fitting that the group’s final shows before announcing their hiatus took place at the Opry’s former home, the Ryman.

So fun counting down to 2019 at the Ryman Auditorium with Old Crow Medicine Show and our Magnificent 7 group of college friends… fun traditions, future dreams! ?

News of Old Crow Medicine Show’s hiatus came straight from one of its members, fiddle player Chance McCoy. Following the first of the group’s Ryman shows, McCoy took to social media to reveal that they’d be taking a break for a while, and that he didn’t know how long that break would last.

“The band is going on hiatus for awhile and I have no idea if and when I’ll be back playing with the lads,” McCoy said.

That certainly doesn’t leave fans with much hope that the group will reunite as they know it. Or at all…

McCoy made it clear that he’s focusing on himself right now, revealing plans for his first solo tour and a new record due for release. But even though he and the Old Crow Medicine Show members are parting ways, he still has nothing but fond things to say about them.

“My hats off to these fellas, now it’s time for them to take a much needed break,” he wrote.

Playing my last gig w Old Crow this new year. The band is going on hiatus for awhile and I have no idea if and when…

While we’re sad to hear that the fellas in Old Crow Medicine Show are taking a break from each other, we hope they’ll continue making music. Even if that means they won’t be making music together.

We wish these talented musicians nothing but happiness as they take off into this new phase of their careers.