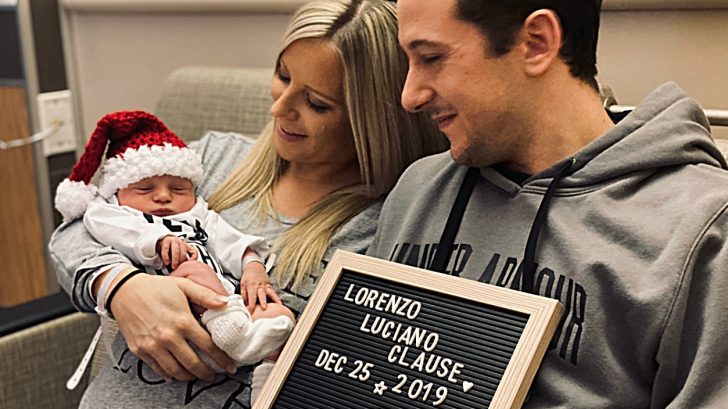 As crazy and festive as it sounds it’s true. Amanda Clause along with her husband Randy Clause welcomed a baby named Lorenzo Clause on December 25th, 2019. It happened at the University of Pittsburgh Medical Center Horizon in Farrell, Pennsylvania and they shared the great news by posting a picture of the three to their Twitter page.

Through one foggy Christmas Eve and into Christmas morning, Mrs. Clause had a baby on Christmas Day at UPMC Horizon.

Little Lorenzo Clause was born at 9:47am and weighed 7 pounds and 11 ounces. According to the hospital’s Twitter post, he actually arrived about 8 days earlier than he was supposed to, however, the due date seemed fitting.

Benefits Of Being Born In December

Some people may believe that being born on December 25th or in December, in general, is the worst time to be born. However, there appear to be some amazing benefits to being more in December.

According to studies reported by Hindawi, people born in December are more likely to live longer than those born during the warmer months. When comparing birth months of 1,574 people who lived over the age of 100 they found many of them were December babies and outlived 10,885 of their siblings and 1,083 of their spouses.

Fatherly.com reported that December babies even have lower cardiovascular disease risk. They collected data from 1,749,000 people and the ones with December birthdays were more protected from one of America’s leading causes of death.

So if you’re born in December, remember the above because you’re statistically more likely to experience more Christmas’ than your friends and family who are not born in December.