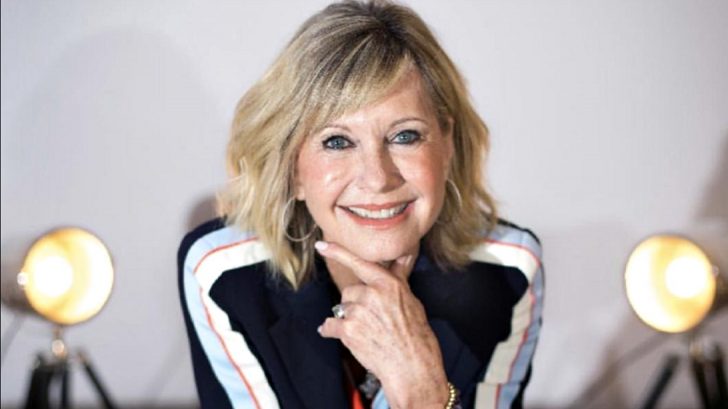 Olivia Newton-John is remaining positive as she battles cancer yet again. The 70-year-old actress, singer and author was first diagnosed with breast cancer in 1992. In 2013, doctors found cancer in her shoulder following a car accident. And, in 2018 Newton-John revealed that the cancer had returned, this time in her back with a tumor at the base of her spine.

“My cancer journey started in 1992, and I went through surgery and chemotherapy,” she said. “I was very lucky enough to have yoga and massage and homeopathy and meditation, and then I had a spell of years where I was OK. And then I have metastases now.”

The “Hopelessly Devoted To You” singer opened up in detail to Fox News regarding her cancer battle saying that she isn’t in remission, but is relying on herbs to help her keep the life-threatening disease at bay. She also credits cannabis for helping her deal with the pain.

“I just say I’m living with it. I’m living with it very well,” Olivia said of her cancer. “To think that you could get rid of every single cell is not really a reality at this point. But I’m feeling great. Things are shrinking. I’m taking a lot of herbs because my husband worked in the Amazon and he’s incredibly knowledgable.

And I use cannabis extracts, which has helped me incredibly. They’ve helped me ween off morphine, which I was using for my [cancer-induced pelvis fracture] because I was in a lot of pain. Cannabis will not kill you but these opiates will. I’m an advocate of it, very much so.”

The star isn’t letting her cancer diagnosis keep her down. In a new interview with People, Olivia Newton-John gave fans a cancer update and revealed that she is using her story for a greater good.

“I’m doing well. I’m thriving,” she said while adding that she is teaming up with Dancers Against Cancer, an organization that has raised more than $2 million for members of the dance community who have been affected by cancer.

“The dance performing community means a lot to me. I’ve always loved dancers and wished that I’d learnt when I was young,” Newton-John told People.

On August 14, Olivia Newton-John will be honored at the Industry Dance Awards and Cancer Benefit Show with a lifetime achievement award.