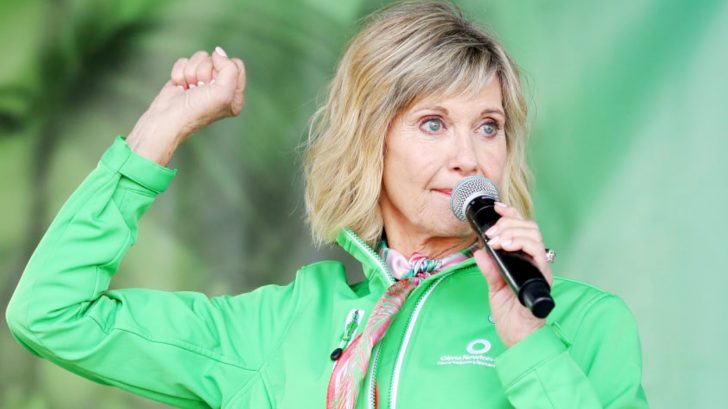 As you’ve been browsing the news and social media within recent weeks, you’ve likely been introduced to a number of worrisome reports about actress and country music artist Olivia Newton-John. These reports claim that the beloved 70-year-old is gravely ill as she fights cancer.

The reason why these rumors took off so quickly is because it is indeed true that Newton-John has cancer. This isn’t even the first time she’s been diagnosed, but the third.

#OliviaNewtonJohn diagnosed with cancer for the third time https://t.co/ssg4zjPKRc via @usatoday

Her most recent diagnosis came in May 2017, something that she spoke about in-depth during an interview with Australian show Sunday Night over a year later in September 2018.

She told the outlet that she had noticed some increasing back pain, and went to the doctor to get it checked out. It was then discovered that her cancer had returned, and this time it had formed at the base of her spine.

Despite her diagnosis, Newton-John maintained a positive outlook on her future, saying she felt she could “win over it.”

But if you’ve been paying attention to any of the recent reports about her condition, you may have been under the impression that Newton-John’s health had taken a turn for the worse. These rumors seemed to flare following the release of a special tribute written for Women’s Day by her daughter, Chloe Lattanzi, as she reflected on her “mum’s” most recent diagnosis.

“Now Mum is battling cancer again, but this time I am not a kid, I am an adult,” she wrote. “I felt like my whole world was collapsing in on me. After going through a denial phase, I was angry that such a wonderful, kind, amazing, generous woman had to go through hell again.”

Many outlets took Lattanzi’s heartfelt words about her mother’s diagnosis as a sign that she didn’t have much time to live, and ran with that notion. Because of this, fans were understandably concerned that the Grease star wasn’t going to be around for much longer.

Finally, Newton-John broke her silence on the rumors about her grave condition. Wanting to clear the air, she shared a short video to wish all of her social media followers a happy New Year.

“The rumors of my death have been greatly exaggerated, to quote a very famous quote,” she said with a laugh. “I’m doing great. I want to wish all of you the happiest, healthiest 2019 possible.”

That’s a relief! We’re glad to hear that all of the reports about Newton-John’s health were incorrect, and that she seems to be doing well today.

While most people know her for her acting work, country fans will forever love Newton-John for her singing career. She made quite an impact on the genre, and her performances are ones that people will always remember. Just take the below performance of her singing John Denver‘s “Take Me Home, Country Roads” as an example.

Our prayers remain with Newton-John as she continues to fight cancer. Wishing her a year full of good health and great joys in 2019!