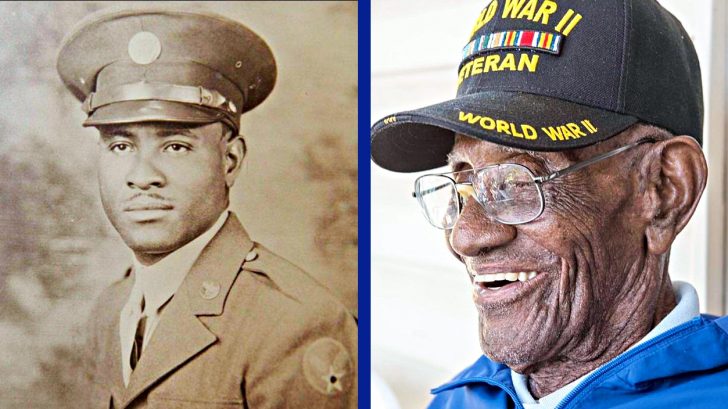 On Thursday, December 27, 2018 – we lost one of the most inspirational people of our time. At 112 years old, not only was Richard Overton the oldest surviving WWII veteran – he was the oldest man in the United States. Before he passed, Overton shared his secrets to a long life filled with happiness and love – despite facing major adversities.

Overton did not live a luxurious life by any means, but he was rich in what matters. In 1945 he built the house he would live in up until his final days. At 109, he was still driving and kept his old truck in great shape.

He didn’t believe in buying in excess or even buying things he didn’t really need. For him, running up debt was never an issue because he never even flirted with the idea of using credit.

In America, that is a feat in itself. According to the National Association of Securities Dealers Automated Quotations (NASDAQ), the median college graduate has a debt of $49,000 while the average household credit card debt is $5,000 – not to mention the average mortgage debt is $173,000. Overton avoided the bills piling up – and lived a much happier and stress-free life by always paying cash.

Another way Overton lived his life was on his own terms. Instead of worrying about waking up and being somewhere by a certain time, he lived by his own clock.

When he would wake up, he’d feed the local cats that hung around his house so they would stay nearby – and catch all the mice for him!

While the current generation is worried about being “Paleo” or “Keto,” Overton ignored fad diet rules and ate what he liked. His diet mostly consisted of milk, fish, corn, and soup – never skimping on the dairy. He even admitted to National Geographic that, “I eat ice cream every night. It makes me happy.”

When it comes to the stuff doctors tell you to stay away from, Overton didn’t really listen to their advice. His secret to a long life? Cigars, coffee, and whiskey.

Overton would “just sit there and smoke sometimes 12 cigars a day. Maybe sometimes more than that.” But he never inhaled. He’d blow the smoke right out claiming he was “doing it the healthy way.”

As for his favorite drinks, Overton explained that “I get me a cup of coffee. Sometimes I drink about four cups of coffee in the morning. This morning drank about that much whiskey.”

We don’t know about y’all – but that sound like a great way to live!

Another thing that made Overton happy was his family and friends – and one special friend in particular. It is just a coincidence that her name was Ms. Love.

While talking about Ms. Love and the times they had together, he reminds us how important friendship is saying, “It makes you feel better to have a person around you like – like Ms. Love…she’s just a nice person. We have fun together.”

Even when Richard was in the heat of the battle, he put his faith in God. He would run through the fields, bullets flying by knowing that his God would keep him safe until it was time to go. In his old age, he continued to read the Bible, pray, and attend mass. For him, “Church is a wonderful place. Lovely place. Keeps me going, makes me feel good.”

He explained that church isn’t just a place to feel better about yourself but that it is also a place where “You learn how to live better. How to treat people.”

Finally, Overton’s biggest piece of advice was to never give up on yourself. He believed that “If you give up, you’re through. You’re just doubting yourself.”

He declared that, “I may give out, but I never give up.”

Richard Overton passed away at 112 on December 27, 2018, after being hospitalized with pneumonia. He fought up until the very end – never giving up.

We thank him for his service, inspiration, and the time he gave us on this earth. To learn more about his story, watch the video below.