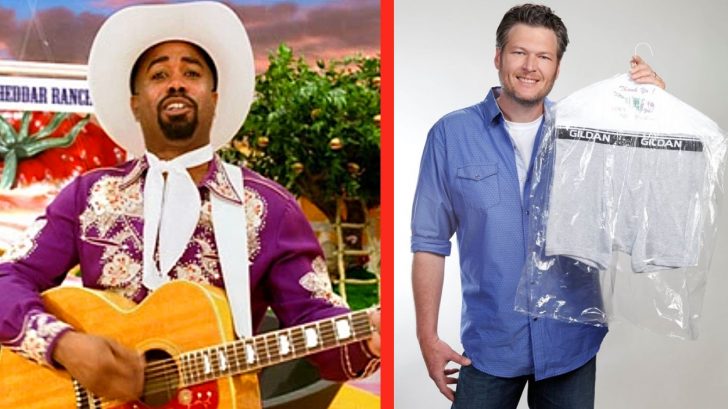 Over the years, many popular country singers have starred in commercials and served as a spokesman for various products, but with the wild and creative minds in media trying to catch the eye of Americans – some of these commercials take a very awkward turn!

Usually, some of the wildest-themed advertisements come from Super Bowl Sunday, but not all of these commercials were actually made just for that event! Some were just used in normal advertising campaigns.

Check out these five awkward (and sometimes hilarious) commercials featuring country stars below and let us know what you think!

This late-90s advertisement for Bud Light finds country singer Tim McGraw in a local bar, but the patrons start calling him by another name!

A fantasy comes true for Darius Rucker when he sings his way through this weird and vibrant commercial for the Tender Crisp Bacon Cheddar Ranch sandwich. With the meal growing on trees, surrounded by a golden cheddar brick road, and streams of ranch dressing – this funny spot really goes over the top.

The American Idol winner and country powerhouse tried her hand at taming wild horses in this odd Vitamin Water commercial. Apparently, if you drink their beverages, you can find the courage to begin “horse whispering” just like Carrie Underwood.

How many people do you know that have their favorite pair of underwear dry cleaned? Well, there’s at least one – Blake Shelton.

As part of his series of spots for Gildan, Shelton appeared in one titled “Xtra Large Pair” that had a very funny, yet awkward ending involving someone’s grandma.

Saving the best for last, this incredibly awkward, but also hysterical commercial was set in the recording studio – where Faith Hill was helping a sound engineer send flowers to his girlfriend.

Everything seems to be going swimmingly and Hill doles out some great advice – but when the young man takes full advantage of what she suggested, the commercial takes a turn.

What did y’all think of these awkward commercials starring some of the biggest names in country music? Which one was your favorite?