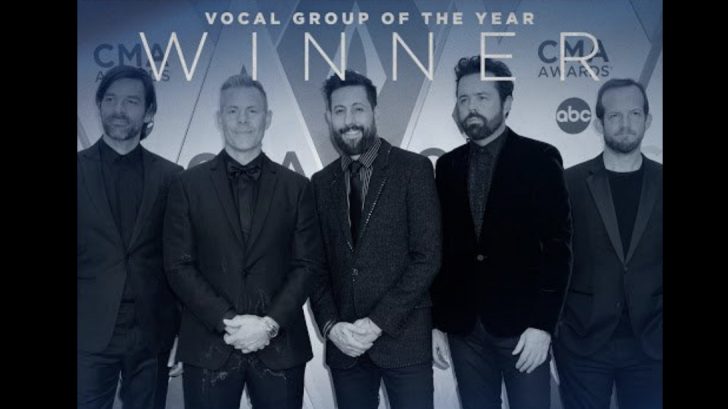 Every year the competition for CMA Vocal Group of the Year heats up. With past winners that include Rascal Flatts, The Statler Brothers, the Oak Ridge Boys, Dixie Chicks and Alabama, it’s no surprise that this is one of the most competitive categories of the CMA Awards.

This year was especially fierce as three of the five nominees have won the category previously, another has had six nominations in the category, and the other was up for the award for the second time.

The group broke into the country music scene in 2014 and have earned seven Number Ones on country radio, surpassed one billion on-demand streams, and earned Platinum certification for their singles “No Such Thing As A Broken Heart” and “Written in the Sand.”

The five-man band also performed live during the CMA Awards show that broadcast live from Bridgestone Arena in Nashville. They sang their latest single, “One Man Band.”

Congratulations to Old Dominion for their well-deserved win!

Congrats to @OldDominion on winning #CMAawards Vocal Group of the Year ?? #SquadGoals pic.twitter.com/u5ZXq963wh