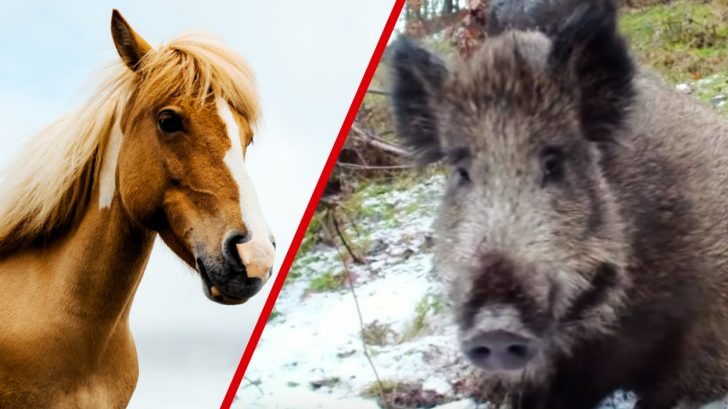 Horse owners in the Carolinas were horrified this fall when a string of “stabbing” attacks resulted in the deaths of three horses. Two other horses were injured.

WBTW 13 described the fate of one of the animals, a quarter horse named Trigg:

“In the most recent incident, a quarter horse named Trigg was cut on the leg down to the bone and was slashed so deep on the stomach that its intestines were coming out…”

After the second attack, law enforcement began an investigation to find out who, or what, was responsible for stabbing the horses.

One horse owner in Spartanburg County is offering a reward after his horse was fatally injured in a recent attack.

An anonymous veterinarian who worked one of the cases spoke with FOX Carolina about the attacks. The vet described the injuries sustained by the horses, saying they did not show evidence of self-harm, because there would be more dirt, missing hair, and bruises if that was the case.

The vet also said the injuries were isolated, deep, messy, and concise. This led them to believe the horses were not attacked by animals such as dogs or coyotes.

FOX Carolina quoted the vet as saying they couldn’t “see any scenario where a natural hazard caused these kinds of injuries.”

But while the vet ruled out the possibility of dog or coyote attacks, they didn’t think of another animal capable of creating the deep stab wounds on the horses…a wild boar.

A December 12 report published by WLOS 13 states that officials have concluded their investigation into the stabbings of the five horses.

As WLOS 13 states, the organizations “have concluded that based on evidence that the possible horse attacks are the results of altercations with wild boars in the area.”

BREAKING: SLED officially announced an end to their investigations into a slew of horse attacks in the upstate. They say horse deaths are the result of altercations with wild boars. One horse shooting does still remain under investigation. @foxcarolinanews pic.twitter.com/3nQnRxWL8U

WLOS 13 cites a press release issued by the South Carolina Law Enforcement Division, which explains why officials reached this conclusion. The press release says “animal tracks consistent with hogs, video evidence and the sighting of boars in the area support the conclusion” that wild boars were responsible.

Greenville County Sheriff Johnny Mack Brown issued a statement about the attacks, and it was quoted by WLOS 13:

“While all of these incidents were extremely unfortunate, I am very thankful for the men and women who worked tirelessly to investigate these cases. In addition, I want to convey to our community members that our agency has and will continue to patrol these rural areas to ensure our citizens and their respective animals are safe and secure and for them to know that we have an active open channel of communication for anyone who has questions or concerns.”

At last, the mystery of what happened to the five horses in the Carolinas has been solved. You can learn more about this latest development by tuning in to the news report below.