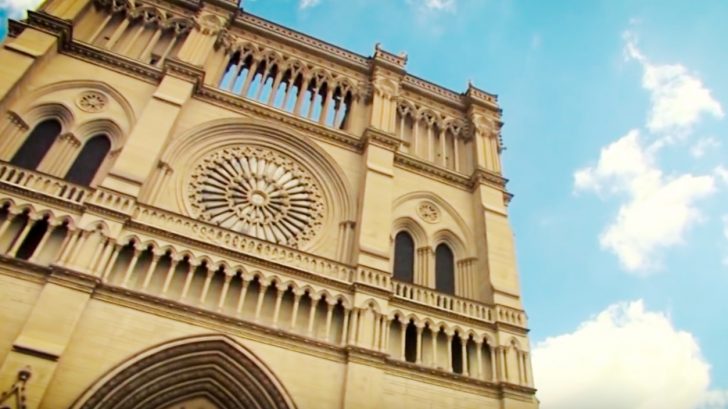 There Is Another “Notre Dame” Out There

After large portions of the Notre Dame Cathedral were destroyed by flames, the French people have vowed to rebuild the iconic symbol of Paris.

Constructed hundreds of years ago, much of the Cathedral’s original beauty will be forever lost in the ashes. While many have pictures to remember Notre Dame as it once was, those who have yet to visit the famous Cathedral will sadly never get to see it in its original state.

Thankfully, Notre Dame’s stunning architecture and appearance was captured and replicated in another cathedral, which you can actually find in the U.S. While it never was and never will be exactly the same as the original Notre Dame, its likeness to the famous French structure is undeniable.

Having traveled the globe and admired many churches along the way…The Cathedral Basilica of the Assumption still stands as one of the most beautiful I’ve ever laid eyes on in Covington, KY.

Called the Cathedral Basilica of the Assumption, this Notre Dame lookalike may not be far from where you live. If you’re in the continental U.S., it is certainly closer for you to travel to than the true Notre Dame in Paris.

So where can you find this Notre Dame replica? The answer…Covington, Kentucky.

I don’t usually take pictures when in a church, but I had to here.

I stopped by St. Mary’s Cathedral Basilica of the Assumption this afternoon in Covington… And wow! Look at the stained glass.

As a Catholic, this is an extremely powerful and gorgeous place of worship. pic.twitter.com/ZNV464awdC

All About The Replica

The Kentucky Cathedral’s construction began in 1895 in order to replace a former church that was built 61 years prior. Detroit architect Leon Coquard was the person in charge of designing the sanctuary, which was clearly modeled after Notre Dame. The interior was designed after another French structure, the Basilica of Saint-Denis.

You can clearly tell that the exterior architecture was also inspired by Notre Dame, as it features columns and a large rose window at the front.

Having traveled the globe and admired many churches along the way…The Cathedral Basilica of the Assumption still stands as one of the most beautiful I’ve ever laid eyes on in Covington, KY.

People travel from far and wide to marvel at the structure, and are amazed to see just how much it resembles the true Notre Dame.

While no building will ever be able to replicate the beauty of the original, there’s no denying that the Kentucky replica is stunning.

You can admire the replica even further by tuning in to a video tour of it below. After watching it, you may feel inspired to take your next vacation to Kentucky in order to admire the breathtaking work of architectural art.