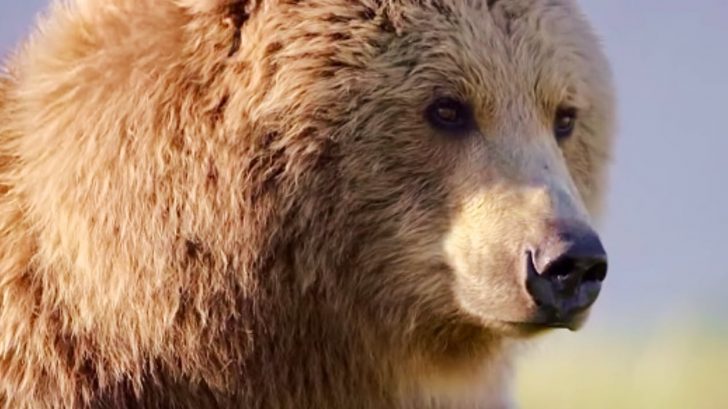 One of the most feared animals in nature is the grizzly bear. Understandably so, since they are one of the largest land mammals in North America and have sharp teeth and claws.

But even though it’s common to fear grizzly bears, few people know much about them. So if you’re one of those people, keep reading.

Here, we present eight facts not everyone knows about grizzly bears. By learning more about these magnificent creatures, we can learn to respect them, rather than just flat-out fear them.

1. Not All Brown Bears Are Grizzly Bears

You’ll often hear the terms “brown bear” and “grizzly bear” used interchangeably. But some people use these terms incorrectly.

The term “grizzly bear” is used to refer to a brown bear that lives in North America. Their current range is mostly in Canada and Alaska.

Speaking of Alaska, the state is also home to another subspecies of brown bear known as the Kodiak bear. These bears “live exclusively on the islands in the Kodiak Archipelago and have been isolated from other bears for about 12,000 years,” according to the Alaska Department of Fish and Game.

Grizzlies can also be found in parts of Wyoming, Idaho, Washington, and Montana, according to National Geographic. And yes, that means they live in Yellowstone National Park!

2. The Signature “Hump” On Their Back Is All Muscle

Other than fur color and size, one thing that sets grizzly bears apart from other bears is the large “hump” on their back. Have you ever wondered what this hump is made of?

The National Wildlife Federation‘s profile on grizzlies states this hump is made of “a mass of muscles attach[ed] to the bear’s backbone.” As for why they have this hump, it helps “give the bear additional strength for digging.”

While most people think of grizzly bears as being dark brown, their fur color can vary dramatically. According to the Washington Department of Fish and Game, grizzlies “can vary from blonde to nearly black.”

If you ever see a bear and are confused about what type it is, look for long hairs on the animal’s back and shoulders that have white tips. These hairs give grizzly bears a “grizzled” appearance, which is how they came to earn their name.

Like many other bears, grizzly bears hibernate during the winter to conserve energy since food isn’t as readily available. But as biologist Sean Farley explained in an article for the Alaska Department of Fish and Game, grizzlies and other bears don’t truly “hibernate” in the way most people believe:

“Bears hibernate during winter, but aren’t sleeping the whole time,” Farley said. “Hibernation for bears simply means they don’t need to eat or drink, and rarely urinate or defecate (or not at all).”

Farley said it’s important to note that not all bears hibernate. If the weather conditions are fine and food is plentiful, there is no need for them to enter their dens for an extended period of time.

“Not all bears hibernate, but in Alaska, most bears do, including the males,” Farley noted.

Grizzly bears that do hibernate can stay in their dens for up to seven months, according to The National Wildlife Federation.

5. Cubs Remain With Their Moms For Two Years

The Washington Department of Fish and Game states that grizzly bear cubs are usually born during the winter. If a bear is pregnant when she goes into hibernation, she will give birth in the den and emerge with her cubs when the weather warms.

Unlike other animals who part from their young early on, the WDFG says grizzly bear cubs generally stay with their mothers through two winters.

The resulting cubs from a grizzly and polar bear union are known as “grolar bears” or a “pizzlies.” This type of hybrid is incredibly rare.

While the grizzly and polar bear hybrid may have been around for a long time, it was first confirmed in 2006 following a DNA test conducted on a bear killed in the Canadian Arctic.

A 2017 article titled “Recent Hybridization between a Polar Bear and Grizzly Bears in the Canadian Arctic” from the Arctic journal detailed how at the time, there were eight confirmed grizzly and polar bear hybrids. Researchers found that all eight animals’ genetics could be traced back to the same female polar bear.

7. Most Of A Grizzly’s Diet Is Plant-Based

We often think of grizzly bears as strict carnivores, but that’s not the case. According to a fact sheet from the U.S. Fish and Wildlife Service, grizzlies are the largest omnivores in North America. That means they eat both plants and meat.

But rather than split their diet 50/50 between plants and meat, most of a grizzly bear’s diet is plant-based. “About 80 to 90 percent of the grizzly’s food is green vegetation, wild fruits and berries, nuts, and bulbs or roots of certain plants,” the FWS’ facts sheet states.

Grizzly bears will also eat insects. In Canada and Alaska, grizzlies rely on salmon as a major food source. Otherwise, they will occasionally hunt elk, moose calves, or smaller mammals.

8. Their Average Lifespan Is 25 Years

For the most part, grizzly bears have no natural predators, though cubs are sometimes harmed by mountain lions or wolves.

Because grizzlies are at the top of the food chain, they get to enjoy a pretty long life. National Geographic states that a wild grizzly bear’s average lifespan is 25 years. But The National Wildlife Federation says some bears can live to be as old as 30.

If you want to more about grizzly bears, be sure to check out the video below.

Which of the facts in this list was most surprising to you? We still can’t believe that grizzlies and polar bears can have cubs together!