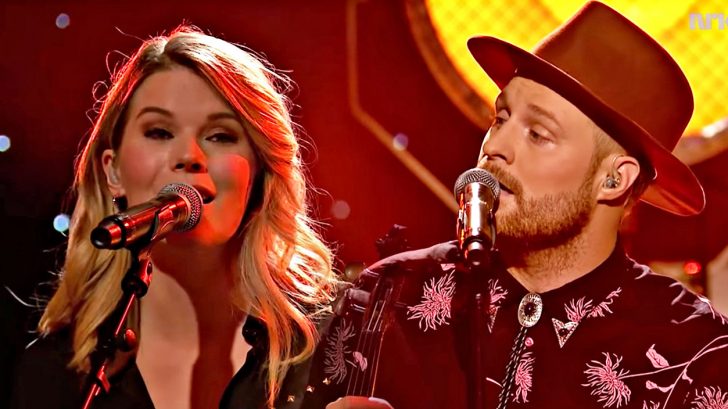 Blessing the Nordic land with one of the most beautiful country music duets ever written, Norway’s own Aleksander Walmann pulled out all the stops with his performance on this episode of Star Game: The Best of Stjernekamp.

Stjernekamp is a live Norwegian television series that showcases established artists and has them compete for the title of Norway’s ultimate entertainer.

Walmann has competed on other television singing competitions in Norway – including their own version of The Voice. He is truly a remarkable performer and definitely fits the definition of an “established artist.” In this delightful performance, his voice trembles with emotion as the words flow effortlessly from him with every note.

Singing Brad Paisley and Alison Krauss‘ duet with a female vocalist, Walmann brings “Whiskey Lullaby” to life and leaves the people of Norway begging for more as he polishes off this class-act with a chilling harmony.

Watch this full performance from Star Game: The Best of Stjernekamp below!