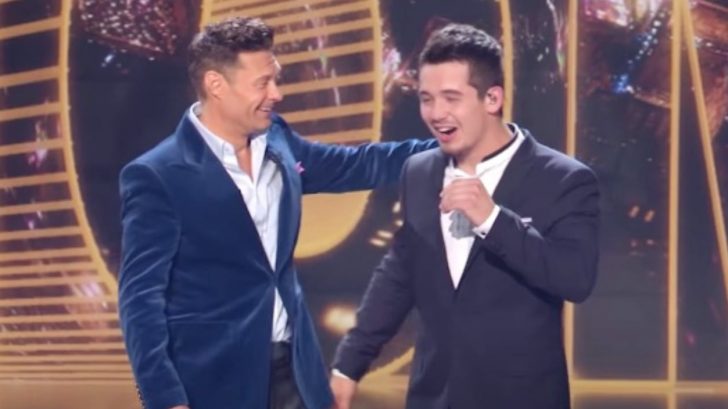 American Idol‘s 20th season came to an exciting conclusion during the finale on Sunday night (May 22). After much anticipation, country singer Noah Thompson was named as the winner of the season.

HunterGirl was the runner-up, and Leah Marlene took third place.

Noah didn’t have much time to reflect on his win, because he and HunterGirl flew out to New York to appear on some talk shows the following morning.

When he finally did get the chance to process the fact he is the new “American Idol,” Noah took to social media to express his gratitude to his fans. He shared a photo and video from the finale, and wrote:

“Had a hard time making this post because I truly couldn’t find the words to say.. I was In complete shock in this moment and I still am and I probably always will be!”

Thompson went on to thank everyone who voted for him throughout the competition. “I wouldn’t be here if it wasn’t for you all so thank you guys so so much,” he said.

The new Idol champ ended his post by saying:

“I’m looking forward to continuing this journey and seeing where this thing goes. Love all of you all.”

Congratulations to Thompson on his big win! We can’t wait to see what he has in store in the future.

Head below to watch the performance Thompson delivered mere moments after learning he was the winner of American Idol.