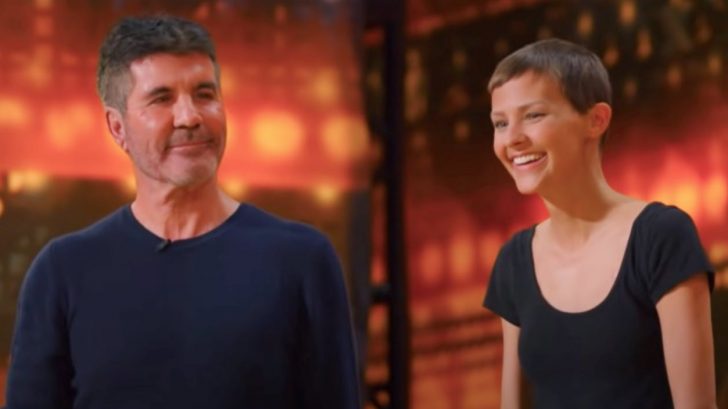 Jane Marczewski, known by her stage name Nightbirde, earned Simon Cowell’s golden buzzer during the auditions for AGT‘s 16th season. She sang an original song, titled “It’s Okay,” which she wrote about her battle with cancer.

Backstage, Nightbirde told the cameras she only has a 2% chance of surviving. Despite everything she’s been through, she said, “It’s important that everyone knows I’m so much more than the bad things that happened to me.”

Sadly, Nightbirde dropped out of the competition after her health took a turn for the worse.

“I am so sad to announce that I won’t be able to continue forward on this season of AGT,” she said in a post on social media. “Life doesn’t always give breaks to those that deserve it—but we knew that already.”

Nightbirde later appeared on AGT via video call. Simon let her know she still had his support:

“You made the decision, rightly so, that your health is your priority right now,” he said. “And I know the last time we spoke you actually said you feel like you let people down. Well, I just want to say, on behalf  of all of us, you haven’t let anyone down. Even though you haven’t competed, you have already won.”

Ahead of the AGT season finale on Wednesday (September 15), Simon spoke with People about how Nightbirde is doing.

“Unfortunately, she is really ill and could not make the finals,” Simon said. He also told People he and Nightbirde “talk about once every two weeks.”

Simon wants Nightbirde to know that she didn’t let anyone down by choosing to step away from the show. “You’re not, you’re going to be missed but you’re not letting anyone down,” he recalled telling her.

Nightbirde was certainly missed during the AGT season finale. She too, was sad she wasn’t able to be there to perform and cheer on her fellow AGT contestants.

In a reflective post on social media, she wrote:

“It’s so hard for me to not be on the @agt stage for the finals this week,” Nightbirde said. “I bet you never saw someone win so hard and lose so hard at the same time. This isn’t how the story was supposed to go.”

But even though Nightbirde was sad about being unable to attend the AGT finale, her message still carried a hopeful tone. You can read it below.

Nightbirde has managed to touch so many lives with her story and her songs. Our prayers go out to her.