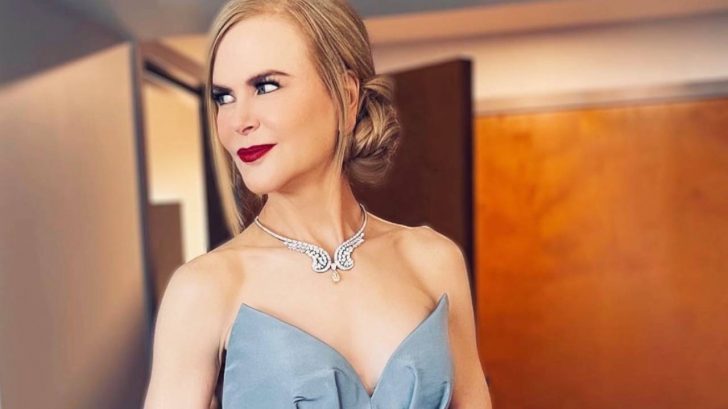 The moment is being called “The slap heard ’round the world.”

At the Academy Awards held Sunday night (March 27), comedian Chris Rock was on stage to present the Oscar for Best Documentary. In addition to doing that, he took some time to rib his old friends, Jada Pinkett-Smith and Will Smith.

Jada has recently been rocking a shaved head, and for a good reason. Last year, she revealed she has alopecia and decided to embrace the disease and shave her head.

“Now at this point, I can only laugh…y’all know I’ve been struggling with alopecia. Just all of a sudden, one day…it just showed up like that. Now, this is going to be a little bit more difficult for me to hide. So, I thought I’d just share it so y’all not asking any questions…Mama’s gonna have to take it down to the scalp so nobody thinks she got brain surgery or something. Me and this alopecia are going to be friends…period!”

Rock said, “Jada, I love you. G.I. Jane 2…can’t wait to see it,” which garnered many laughs, including from Will! Jada on the other hand, was not amused, as she rolled her eyes pretty aggressively. Chris Rock defended his joke, saying it was “a nice one.”

Moments later, Will got out of his seat, approached Chris Rock and slapped him across the face, then returned to his seat. Rock seemed shocked and tried to move on to presenting the award like he was tasked.

It’s unclear if the altercation was staged, but Smith seemed visibly bothered when he yelled at Rock from the audience, saying: “Keep my wife’s name out of your f***ing mouth!” Most of the additional commentary from Rock was muted on American television.

Those in attendance looked stunned by the incident, with Rock responding to Smith’s comment by simply saying, “That was the greatest night in the history of television.”

Here's the moment Chris Rock made a "G.I. Jane 2" joke about Jada Pinkett Smith, prompting Will Smith to punch him and yell, "Leave my wife’s name out of your f–king mouth." #Oscars pic.twitter.com/kHTZXI6kuL

Many of the reactions have gone viral on social media, including Lupita Nyong’o, who was seated right behind the Smiths.

A post shared by Natalie | Cereal on the Floor (@cerealonthefloor)

Another celebrity’s reaction that caught the attention was Nicole Kidman, who became a meme at the 2017 Academy Awards before, after she was caught clapping rather oddly.

Who taught Nicole Kidman how to clap? pic.twitter.com/RaQUN1BhmX

After the whole Will Smith/Chris Rock slap occurred, she, like the rest of the audience, was stunned and the look on her face matched her reaction perfectly.

Nicole Kidman reacting to the Chris Rock and Will Smith incident at the #Oscars . A NEW MEME IS BORN.???? pic.twitter.com/X19AE19OUv

See some of the hilarious memes below.

#whatjusthappened Nicole Kidman was all of us at that moment pic.twitter.com/38IjNMSVlO

It isn't the #Oscars until we have a truly insane Nicole Kidman reaction image. pic.twitter.com/KSk9wTs8oK

On a scale of 1-Nicole Kidman, how are we all feeling? ? #Oscars pic.twitter.com/UKjZXG6qTt

Nicole Kidman reacting to Will Smith punching Chris Rock is more Lucy than Being the Ricardos. pic.twitter.com/BdFomkE7BZ

Wow. Even Nicole Kidman was able to have facial reactions after that #teamchrisrock #oscars pic.twitter.com/3ovMjOssWZ

Nicole Kidman should have won an Oscar for her reaction to the Will Smith Slap pic.twitter.com/IAdEuUuyVf