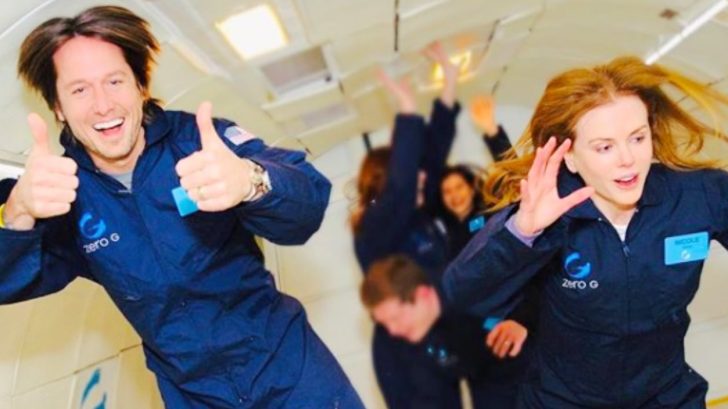 On Sunday night (October 25) Nicole Kidman celebrated the debut of her newest HOBO miniseries, The Undoing. Her husband, country singer Keith Urban, celebrated along with her. He took to his Instagram Story to gush about the series and share how proud he was of his wife.

The following day (October 26) it was Kidman’s turn to gush about Urban. And the reason being? It was his birthday!

Urban turned 53 this year, and Kidman made sure to share her love for him on his special day. She wrote a short but sweet post on her Instagram, saying, “Happy Birthday my love! Love is in the air” along with a red heart emoji.

The photo she included with her message is a snapshot that shows her and Urban smiling while floating around in a zero gravity chamber. They are too cute!

Happy Birthday my love! Love is in the air ❤️

Urban and Kidman never shy from sharing their affection for each other. One of their all-time cutest moments was when they lip synced Urban’s song “The Fighter” together in the car.

The couple’s performance took off, and made “The Fighter” rise up the charts before it was even released as a single. Revisit their adorable performance below.

We hope Urban had a happy birthday and got the chance to spend plenty of time with Kidman and their daughters!