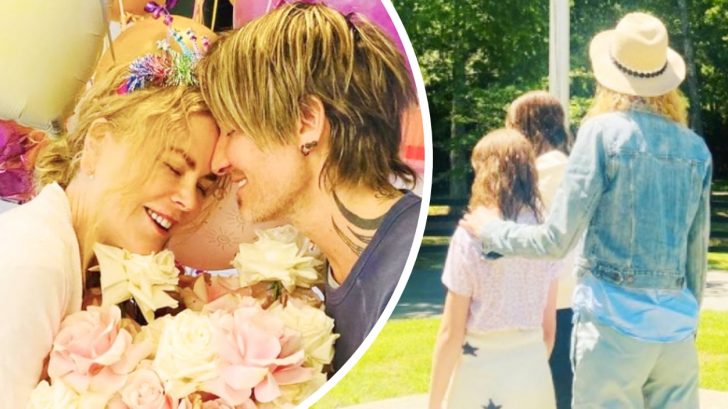 Keith Urban and Nicole Kidman have always been protective of their daughters. Their girls, Sunday and Faith, have been kept out of the spotlight for most of their lives.

Even though Keith and Nicole occasionally post about their daughters on social media, they rarely show their faces in photos. Most all public pictures of the girls only show them from the back, or they were taken when they were babies.

Sunday and Faith have made a few public appearances in more recent years. They once joined their parents on stage to dance during a New Year’s Eve concert Keith headlined. They also had cameo roles in Nicole’s HBO series Big Little Lies and attended the 2020 Golden Globes.

But even when special occasions come around (such as their birthdays), Keith and Nicole still refrain from sharing photos of their daughters’ faces.

The couple’s eldest daughter, Sunday, celebrated her 13th birthday on July 7. Nicole shared her birthday wishes for Sunday on social media, but per usual, didn’t post a picture of Sunday.

“Happy happy birthday Sunday ! We love you so much – yum yum !!!!” Kidman wrote alongside a photo that shows a bunch of brightly colored balloons. Just out of frame, a person who appears to be Nicole is seen holding a partially eaten chocolate cake covered with rainbow sprinkles and topped with gold, metallic candles.

It’s hard to believe that Sunday is already 13 years old! We hope she had the happiest birthday with her parents and sister!