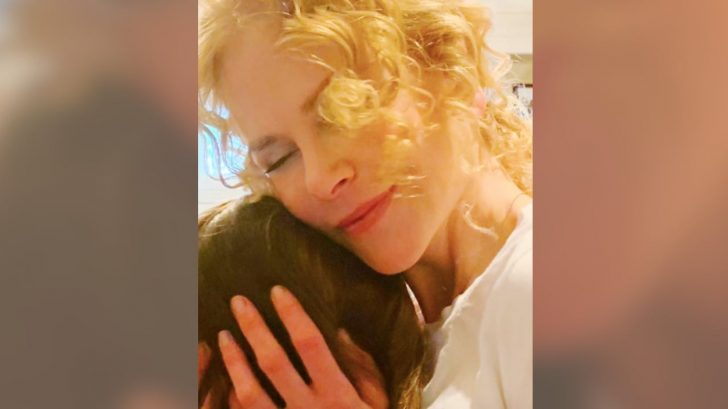 Keith Urban and Nicole Kidman are extremely protective of their daughters’ privacy. They rarely ever share photos of Sunday and Faith online, and when they do, the pictures almost always hide their faces.

As Sunday and Faith have grown, Keith and Nicole have been a little more willing to share photos of them with the world. The girls even had cameo roles in the HBO series Big Little Lies, which Nicole starred in.

Last year, Kidman’s followers were surprised when she posted a picture of both Sunday and Faith in honor of Sunday’s 11th birthday. The Kidman-Urban family was traveling in Paris, France at the time, so that’s where the photo was taken.

Then, when Sunday’s 12th birthday rolled around this year, Nicole once again shared a picture of her darling daughter.

This new photo of Sunday also doesn’t show her face. But it does show the love that she and her mother share, as the picture captures the two of them embracing.

“Birthday hugs for our darling Sunday,” Nicole captioned the photo along with a birthday cake emoji. She then ended her caption with the sweet message, “Happy Birthday baby girl.”

See the precious photo Nicole posted in honor of Sunday’s 12th birthday below.

Since fans have seen so little of Sunday and Faith through the years, it came as a huge surprise when the girls joined their parents on stage during Keith’s 2017 New Year’s Eve concert in Nashville.

The girls came out on stage with their mom and danced to Tom Petty’s “Free Fallin’,” much to the delight of the crowd. Tune in to the video below to see them make that rare public appearance

We hope Sunday had a wonderful birthday this year! It’s hard to believe she’s already 12!