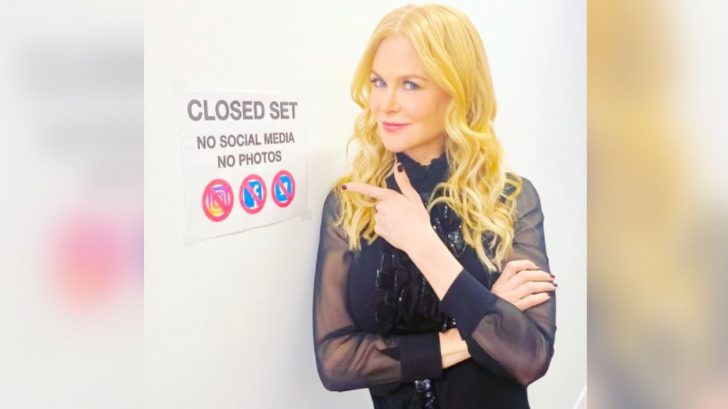 A few months ago, news came out that Nicole Kidman was in talks to play Lucille Ball in an upcoming film, Being the Ricardos. The movie will follow a week in production on the set of I Love Lucy.

While some people were excited to hear the about Nicole’s new role, others weren’t so sure about the casting choice.

Some felt other actresses would be a better fit for the role, saying Nicole doesn’t look enough like Lucille. Others weren’t sure if she’d have the comedic chops to step into the role of Lucille’s I Love Lucy character, Lucy Ricardo.

Lucille’s daughter, Lucie Arnaz, addressed the criticism in a Facebook video. She wanted to ease fans’ worries by letting them know that Nicole will be playing Lucille Ball the person, wife, and mother, and she wouldn’t need to “impersonate” the character of Lucy Ricardo from I Love Lucy.

“Just trust us,” Lucie said in her video. “It’s gonna be a nice film.”

Nicole later spoke with Variety about how much the role means to her. She told the publication she recently started watching reruns of I Love Lucy:

“I love Lucille, having looked now and delved into her,” Nicole said. “She’s an amazing woman. I’m very excited for people to see what Aaron found out about her and the way he’s interpreted Desi and Lucy and the way that it’s so rich. I didn’t know any of this.”

In addition to Nicole, the film will star Javier Bardem as Desi Arnaz. J.K. Simmons and Nina Arianda will portray William Frawley and Vivian Vance, the actors who played the characters Fred and Ethel in I Love Lucy.

Little has been said about the project since the major casting announcements were made. Then finally, Nicole teased fans with a photo from the set on Wednesday (April 7).

The picture shows Nicole standing next to a sign that reads “Closed set” and “No social media photos.” She captioned the picture “Currently in production,” along with the hashtag “#BeingTheRicardos.”

Although the photo doesn’t show anything from the film, it certainly got fans excited! Check out the picture below.

We can’t wait to learn more about this new project of Nicole’s!